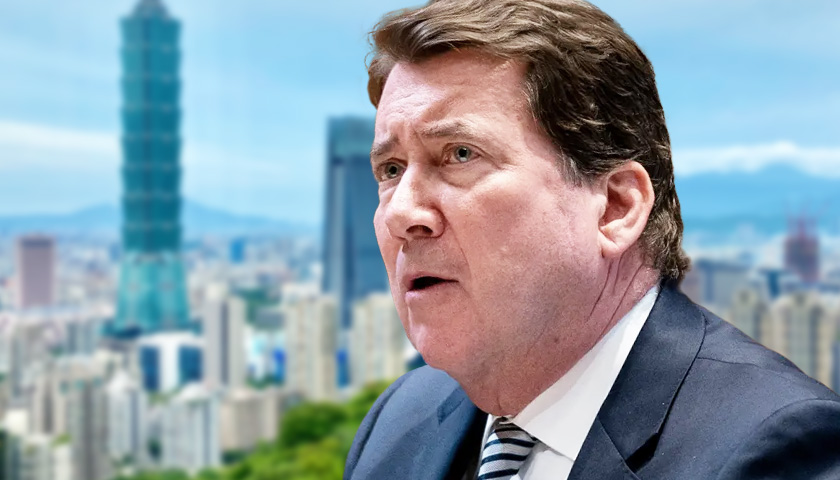 U.S. Senator Bill Hagerty (R-TN)  joined America Reports on Fox News to discuss the state of U.S. support of Taiwan in the face of aggression from the Chinese Communist Party in the Asia-Pacific region.

Hagerty said Monday he believes China is emboldened by what he calls the weakness of the Biden administration.

“First, I’ll say this: these Congressional visits are routine. They’ve been going on for decades, and I think they’ll continue to go on. But what we’ve seen is a very different response from China. I think part of it is the fact that the Chinese Communist Party feels emboldened in the face of weakness from the Biden Administration,” he said.

“I’ll remind you today is the one year anniversary [of] the collapse of Afghanistan. And since that collapse, I think our enemies have been emboldened around the globe; China’s no exception to that. But the other thing that you mentioned, I think is absolutely true as well,” continued Hagerty.

Hagerty discussed the status of bipartisan legislation to aid Taiwan.

“They pushed it off the calendar before we left for the August recess. I think they were so focused on getting this, you know, massive tax and spend package through they couldn’t think about anything else. But the good news is this: they have already scheduled it now for markup in September; this has just come out. So, we will be getting onto this legislation once we get back to Washington. I expect it to happen sometime in the middle part of September,” he said.

Hagerty additionally discussed the need to strengthen the United States’ posture in the Asia-Pacific region.

“Well, again, I think this legislation that we’re going to talk about in September will get in that direction, particularly it’s going to help us strengthen Taiwan’s military position. It’ll be more foreign military sales, [and] it’ll be an expedited process to do that, Aishah, plus it’ll be more foreign military financing. Again, I’d like to see this, more exercises in the region, not only between the United States and our allies, but also to have our allies there on their own in the region,” he said.

“And frankly, we need to see a lot more U.S. military strength build-up. As you know, I was Ambassador to Japan at a time when we had massive tensions with North Korea and with China. We need to continue to build our presence and our posture because the Asia-Pacific region is where the action is going to be in the years to come,” stated Hagerty.