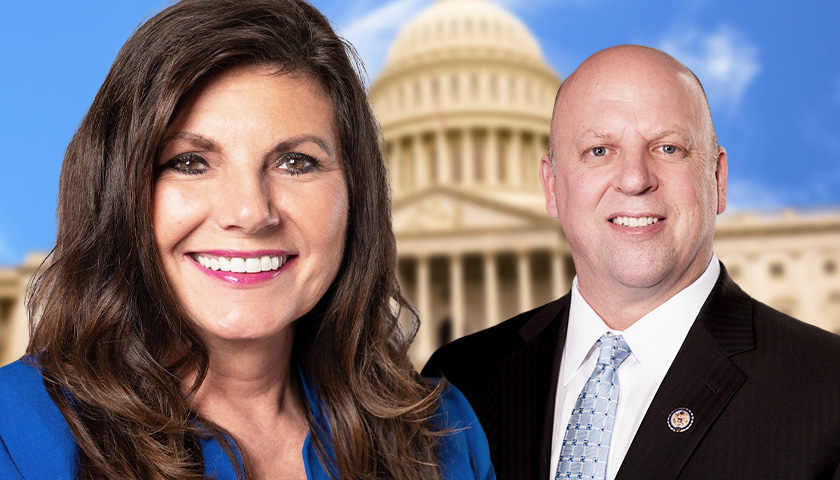 U.S. Representative Diana Harshbarger (R-TN-01) and U.S. Representative Scott DesJarlais (R-TN-04) signed on to a letter sent by the GOP Doctors Caucus to Speaker Nancy Pelosi and Senate Democrat Leader Chuck Schumer warning them of the grave impact that government drug price control will have on patient care in the reconciliation package.

The GOP Doctors Caucus consists of Republican members from both chambers of the United States Congress.

“We write to express our strong opposition to the government drug price control policies in your reconciliation package. As medical providers and Members of Congress, we are deeply concerned with the harm these provisions will cause to patients across the country,” the letter begins.

The members of the U.S. House and U.S. Senate who signed then proceed to make the point that cuts proposed in the budget reconciliation will likely lead to physicians and practices going out of business.

“The GOP Doctors Caucus has continuously worked to ensure that physician practices can stay open to continue treating patients. We have heard directly from providers that the cuts proposed in this bill will jeopardize patient access to care. According to Avalere, changes to the Medicare Part B physician administered drug reimbursement would lead to an average cut of 39.8 percent for health care providers,” they said.

“The confluence of these cuts, including the 0% payment update, the reduction of the 4.5% Medicare conversion factor, and the adoption of several changes to the Evaluation and Management (E/M) Current Procedural Terminology codes, threatens the sustainability of medical practices and will lead to physicians closing their doors,” they added.

The representatives and senators noted their displeasure with the idea of diverting Medicare funds to pay for subsidies to non-Medicare insurance companies.

“It is irresponsible to divert seniors’ Medicare dollars to pay subsidies to non-Medicare insurance companies, yet this plan would do just that. The proposal will take ‘savings’ from the drug price controls in the Medicare program to pay for expanded health insurance subsidies under the Affordable Care Act (ACA). This is money going to insurance companies and their bottom line; this is not money going directly towards care in any way,” they said.

“These expanded subsidies were originally part of the inflation-creating American Rescue Plan Act (ARPA). ARPA removed the income cap restricting access to premium tax credits, opening the door to taxpayer-funded subsidies for some of the wealthiest Americans,” they continued.

“Some families making more than $500,000 annually now have access to expanded ACA subsidies, and they will continue to if this proposal goes through. Robbing Medicare to enhance the profit for insurance company shareholders and executives does nothing to improve anyone’s health. To us, this is unconscionable,” added the GOP Doctors Caucus.

The full letter can be read here.

U.S. Senator Rand Paul (R-KY) signed onto the letter, as did several others.