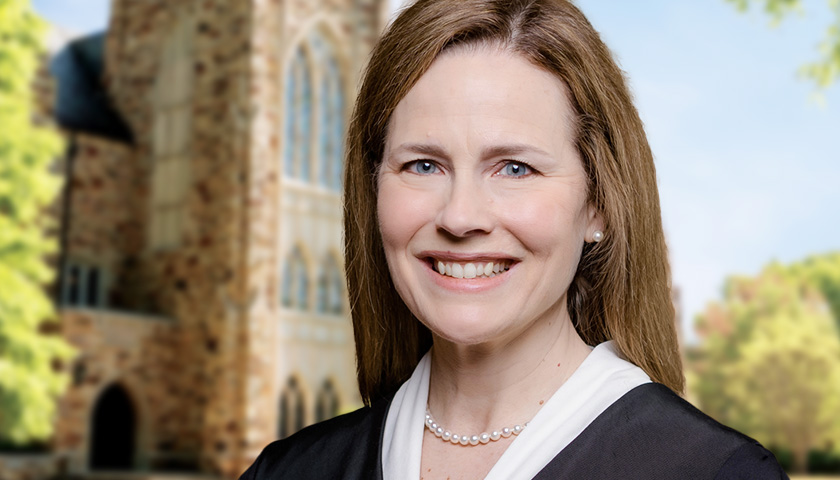 A pro-abortion contingent of alumni from Rhodes College in Memphis is circulating a petition to have Supreme Justice Amy Coney Barrett removed from the school’s Hall of Fame.

“We, together with the undersigned alumni, are writing to you today to request that you remove Justice Amy Coney Barrett from the Rhodes College Hall of Fame. Our firm belief in the Rhodes Honor Code we all signed impels us to make this request,” said a letter notifying Rhodes College of the petition. “This request is based on Justice Barrett’s public breach of the Honor Code in her testimony before the United States Senate during her October 12 -15, 2020 confirmation hearings to become an Associate Justice on the Supreme Court of the United States.”

The group behind the petition is called Rhodes College Alumni for Reproductive Rights.

Barrett received her undergraduate degree from the Memphis private school.

“The Honor System is a set of principles which Rhodes students agree to adhere to not only during undergraduate studies, but throughout our entire lives,” according to the perturbed alumni. “The fundamental values underlying this code are truthfulness, frankness, and transparency. Amy Coney Barrett, by any measure, fell far short of this standard in her testimony.”

“We believe that Justice Barrett violated the Rhodes Honor Code in her testimony before the Senate regarding her position on overruling Supreme Court precedent (including statements she made regarding Roe v. Wade) and about her judicial decision-making process,” the group says.

In Barrett’s confirmation hearing, she said that Roe v. Wade was precedent set forth by the Supreme Court. She never promised that she would not overturn it if presented with the opportunity.

Rhodes says it is aware of the petition, but declined to comment further.

“We are aware that some alumni are soliciting signatures for a letter regarding Justice Amy Coney Barrett,” the school told The Tennessee Star Monday. “The letter has not yet been delivered to Rhodes, so we have no comment at this time.”