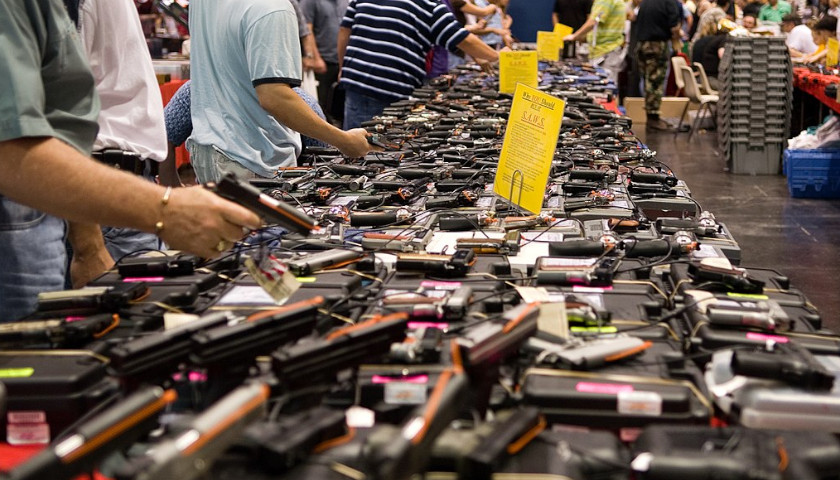 Pennsylvania State Representative Emily Kinkead (D-Pittsburgh) announced on Friday that she will sponsor a bill to require residents to obtain permits to buy guns.

Her legislation is a companion to a Senate measure authored by Art Haywood (D-Philadelphia). The senator began touting his legislation the day after the May school shooting in Uvalde, Texas, in which an 18-year-old killed 19 children and two teachers.

Kinkead and Haywood are seeking to amend Title 18, Pennsylvania’s criminal code, to stipulate that anyone preparing to purchase a firearm to apply for a police- or sheriff-issued permit. The state already administers licenses that allow a resident to carry guns they possess; anyone aged at least 21 years who has a clean record can acquire the latter. The purchasing permit would apply to those who are at least 18 years old.

“We must act to #EndGunViolence but my #GOP colleagues are instead playing games with people’s lives,” Kinkead tweeted on Friday.

In that post, she retweeted an assertion by Governor Tom Wolf (D) that the Keystone State suffered a “mass shooting” once every 10 days on average in 2020. It’s not clear how he defined mass shooting in order to make that claim. His figure roughly squares with data from the Gun Violence Archive, a D.C.-based nonprofit, indicating that 34 mass shootings took place in the commonwealth in 2020, yet 23 of those incidents resulted in no deaths.

A 2021 report on mass shootings in the U.S. by the Rand Corporation noted that researchers have “no standard definition of what constitutes a mass shooting, and different data sources – such as media outlets, academic researchers, and law enforcement agencies – frequently use different definitions when discussing and analyzing mass shootings.” According to the Rand study, while the Gun Violence Archive defines a mass shooting as a gunfire incident in which “four people fatally or nonfatally injured (excluding shooter),” most entities studying the subject place the threshold at three or four deaths.

In a memorandum on her bill, Kinkead reiterated an argument Haywood made at the time he proposed his version: The Johns Hopkins Center on Gun Policy and Research found that Missouri saw gun-related killings rise after that state repealed its own permit-to-purchase law in 2007.

In an interview with The Pennsylvania Daily Star after Haywood announced he was drafting his bill, John R. Lott of the Crime Prevention Research Center called the contention about Missouri “a very misleading claim.” Lott’s own research on purchasing permits showed that while murders increased by 17 percent in the five years subsequent to Missouri’s repeal, they rose by almost one-third before that point.