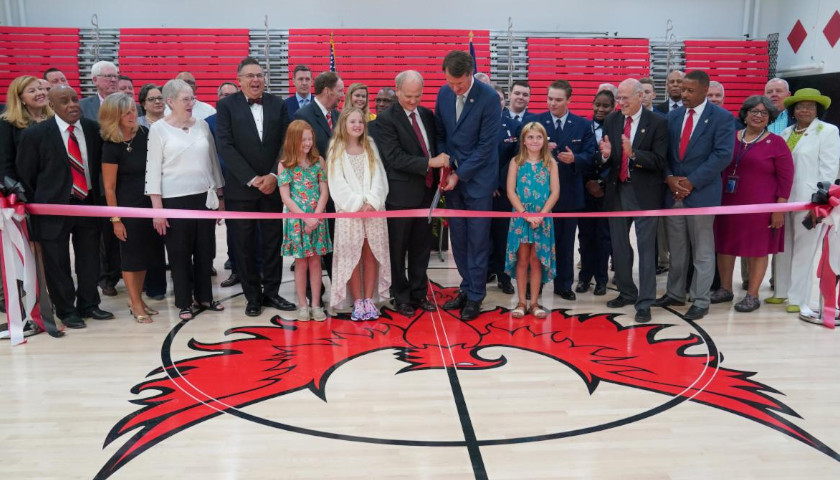 Governor Glenn Youngkin participated in a ribbon-cutting ceremony, signed new legislation, and took part in a roundtable discussion, all based around supporting and improving education for the state of Virginia.

First, Governor Youngkin participated in the official grand opening and ribbon-cutting of the Mecklenburg County Middle School and High School, a best-in-class joint school made possible by the community, according to a press release by Youngkin’s office.

We are delivering on our commitment to support vibrant, 21st Century educational environments across the Commonwealth. Mecklenburg County Middle School and High School is what happens when a bipartisan coalition puts our students first. We’re getting it done together! pic.twitter.com/McorWlG05E

HB 563 and SB 473, the school construction fund and program, will support $400 million in grants distributed based on student enrollment and local needs. It will also support $450 million in competitive grants for high-need schools’ new construction, expansion, and modernization projects in partnership with local school boards.

“These schools demonstrate how a community can come together not only to build a state-of-the-art facility but to invest in their children and transform their workforce,” Governor Youngkin said in a statement. “And through the bipartisan coalition that unanimously advanced these bills, we are delivering on our commitment to support vibrant, 21st-century educational environments across the Commonwealth. This is what happens when we put our students first; we’re getting it done together.”

Then, Governor Youngkin also participated in a roundtable discussion at Southside Virginia Community College to discuss lab school efforts in Southside and the needs of the region’s students and economy, according to the press release by Youngkin’s office. In addition, participants shared plans to launch a lab school at the Southern Virginia Higher Education Center that will expand upon its Career Tech Academy through employability skills. Participants also discussed plans to expand the Institute for Advanced Learning and Research’s GO TEC middle-school career connections and exploration program.

Kaitlin Housler is a reporter at The Virginia Star and The Star News Network.