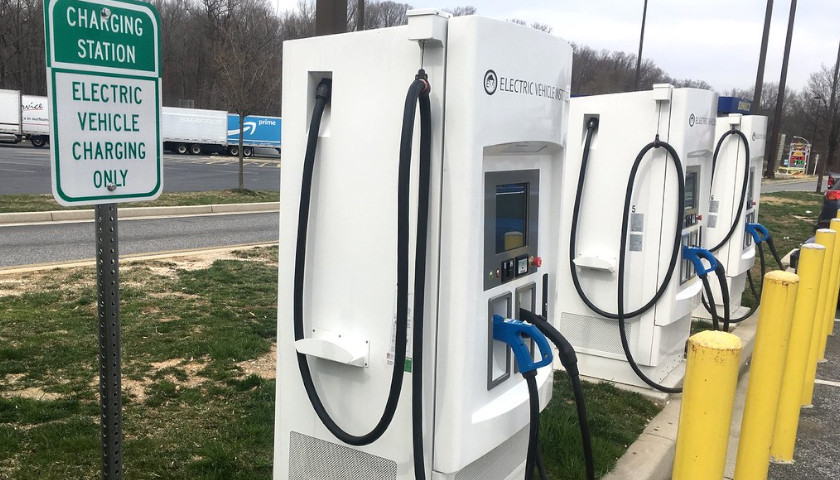 The Georgia Department of Transportation hopes to secure federal funding to pay for a network of electric vehicle charging stations across The Peach State.

“Georgia has a rapidly expanding electric vehicle ecosystem that is highlighted by a robust EV business community and the fact that our state is a leader in the Southeast when it comes to electric vehicle registrations,” GDOT Commissioner Russel McMurry said in a statement. “With the needs of both the public and private businesses in mind, the department submitted this plan with input from a wide range of stakeholders including utilities, EV manufacturers, community-based groups and private sector partners.”

Georgia leaders have targeted EV companies to locate facilities in the state. Georgia officials have announced more than 20 EV-related projects since 2020, including offering $1.8 billion in incentives to lure Hyundai Motor Group to locate its first fully dedicated EV and battery manufacturing facility in the state.

A Joint Study Committee on the Electrification of Transportation will, in part, explore how to build electric vehicle charging infrastructure across Georgia.

A commercial Level 2 charging station costs between $1,500 and $6,500, and such a station can usually accommodate two cars simultaneously. The charging time ranges from three to eight hours, depending on the vehicle, Grant Feek, the CEO of Tred, an online vehicle marketplace, told The Center Square.

“The optimal ratio — as determined by EV and transportation groups — is one charging station per EV on the road,” Feek said. “The current actual number is far below that.

“If all of Georgia’s 3.3 million licensed drivers converted to an EV, Georgia would need to install 825,000 charging stations to meet the optimal ratio of one charging station for every four EVs,” Feek added.

Charging companies such as Chargepoint and EVgo or EV manufacturers like Tesla own many publicly accessible charging stations, and those companies pay for the installation, Feek said. Municipalities, developers or companies that want to offer free charging to their residents and customers might pay to install charging stations at their locations.

T.A. DeFeo is a contributor to The Center Square.
Photo “Electric Vehicle Charging Stations” by Earth And Main. CC BY-SA 2.0.