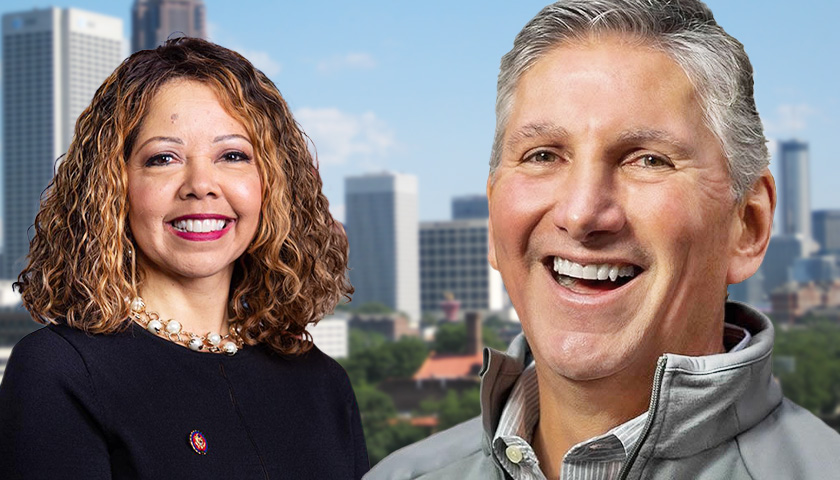 GA-07 Republican nominee Mark Gonsalves challenged his opponent, Lucy McBath, on her change in position with respect to the viability of Atlanta as a host city for large public events.

Atlanta has already won a bid as a host city for the 2026 World Cup, but the 2021 MLB All-Star Game saw a venue change due to a boycott led by Stacey Abrams and supported by McBath.

“It’s just another example of Democrat hypocrisy. People deserve consistency in Democrat positions, not whatever seems expedient at the time,” Gonsalves told The Georgia Star News on Thursday.

City of Atlanta Mayor Andre Dickens was joined by McBath and other Georgians Democrats in their courtship of DNC Chairman Jaime Harrison when they gave him and retainers a tour of State Farm Arena.

Amber Connor, Security Chair for The Buckhead Council of Neighborhoods, spoke with The Star News about McBath’s comments on Friday.

“I am happy to see Mark push back against Lucy! The Democrat hypocrisy concerning favoring [of] some events over others is outrageous!” Connor said.

In light of Georgia’s record voter turnout in the May 24th primary, Speaker of the House David Ralston called on MLB Commissioner Manfred to award a future All-Star Game to the ATL.

“I am simply trying to understand the Democrat’s criteria for hosting large-scale events in Atlanta. One day, the MLB All-Star Game gets yanked because Stacey Abrams brands Georgia’s voting laws as Jim Crow 2.0,” McCarthy said. “Next, we have Andre Dickens and Lucy McBath pitching Atlanta for the DNC 2024 Convention, but Music Midtown gets cancelled for ‘reasons beyond our control,’ with an innuendo that it is due to Constitutional Carry.”

“All the while, ignoring the fact that Atlanta is one of America’s most dangerous cities – and has been led by Democrats for decades,” she added.