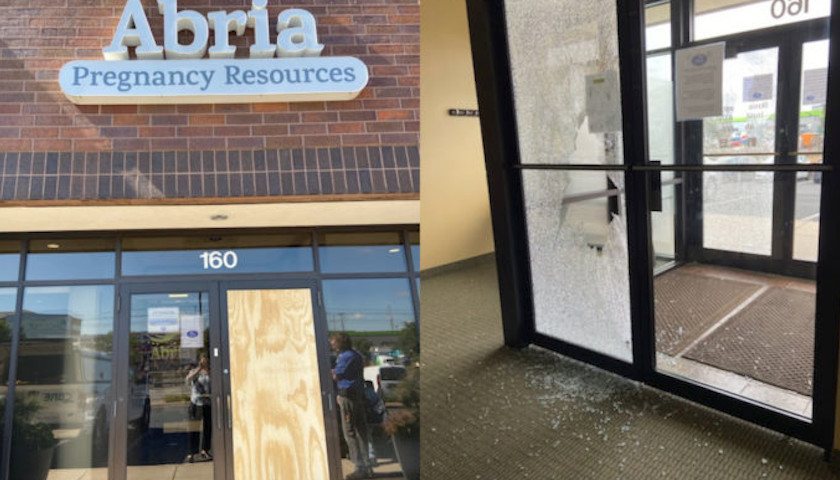 A crisis pregnancy center in St. Paul was vandalized this week, marking the fourth attack on a pro-life group in Minnesota this summer.

Abria Pregnancy Resource Center in St. Paul was vandalized in the early morning hours Aug. 1, its executive director announced in an email to supporters.

She said the main entry was smashed with a rock and the words “if abortions aren’t safe, neither are you” were spray-painted across the windows. She said nothing was stolen and no staff or clients were injured.

“Clearly, this was an act of violence done against the mission of Abria,” said Executive Director Angela Franey. “Be assured that Abria responded quickly. Within 24 hours, we were able to re-open the clinic and welcome clients back on site. Our team is working closely with law enforcement to investigate those responsible for this crime.” 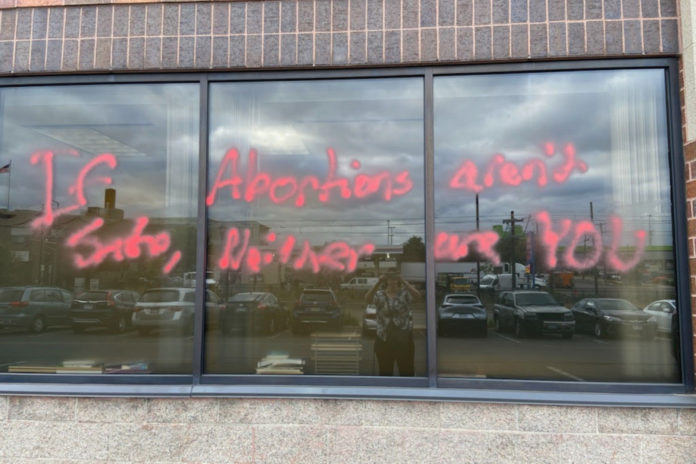 This is the fourth attack on a pro-life group in Minnesota since June. Birthright, Northfield Women’s Center, and Minnesota Citizens Concerned for Life have all faced similar attacks this summer.

Nationally, the attacks on pro-life groups began in early May when a draft opinion of the Supreme Court’s decision in Dobbs v. Jackson Women’s Health Organization was leaked to the media. The court’s decision in the case struck down Roe v. Wade, a 1973 Supreme Court case granting federal protections for abortion.

According to the Catholic News Agency, at least 87 pro-life groups across the nation have been targeted with vandalism, threats, theft, and arson this summer.

The attacks have grown so common that a group of more than 100 Republican members of Congress called on the Department of Justice to investigate.

“The department has a clear duty to pursue these recent attacks as instances of domestic terrorism, and it is the responsibility of the National Security Division to protect the United States from threats to our national security by seeking justice through law,” they said in a letter.

“Our St. Paul clinic is safe and secure, serving women and once more putting a choice for life within reach,” Franey added. “It grieves us that people who misunderstand Abria’s mission would turn to violence.”

Anthony Gockowski is Editor-in-Chief of Alpha News. He previously worked as an editor for The Minnesota Sun and Campus Reform, and reported for The Daily Caller.
Photo “Abria Pregnancy Resource Center Vandalism” by Alpha News.