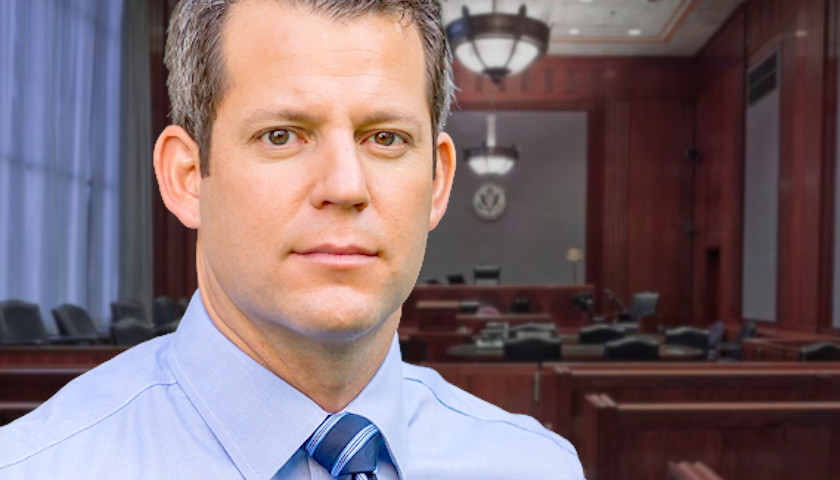 Yesterday, Florida Governor Ron DeSantis (R) announced the suspension of State Attorney Andrew Warren of the 13th Judicial Circuit due to neglect of duty. Warren vowed that he would not prosecute doctors and nurses involved in performing abortions after 15 weeks, a practice which has been banned by Florida law.

“State attorneys have a duty to prosecute crimes as defined in Florida law, not to pick and choose which laws to enforce based on his personal agenda,” DeSantis said. “It is my duty to hold Florida’s elected officials to the highest standards for the people of Florida. I have the utmost trust that Judge Susan Lopez will lead the office through this transition and faithfully uphold the rule of law.”

Warren got elected to the post in 2016 with the help of financial assistance from Marxist philanthropist and billionaire George Soros, who bankrolled Warren’s campaign.

“Our government is a government of laws, not a government of men,” DeSantis said at the press conference. “And what that means is we govern ourselves based on a constitutional system and based on the rule of law. But yet we have seen across this country over the last few years individual prosecutors take it upon themselves to determine which laws they like and will enforce, and which laws they don’t like and then don’t enforce.”

DeSantis said the results of this activism has led to “catastrophic” results in major American cities.

In the official executive order, granted to Florida’s governor by the Florida Constitution, DeSantis said Warren “demonstrated his incompetence and willful defiance of his duties as a state attorney as early as June 2021, when he signed a ‘Joint Statement’ with other elected prosecutors in support of gender-transition treatments for children and bathroom usage based on gender identity.”

DeSantis spokeswoman Christina Pushaw added to the effort by DeSantis by saying, via Twitter, “Progressive prosecutors backed by Soros have refused to enforce laws across the country. They treat criminals with deference & victims with contempt. This dereliction of duty is why crime is surging. But Gov. Ron DeSantis won’t stand for this. He just suspended the one in Florida.”

Progressive prosecutors backed by Soros have refused to enforce laws across the country. They treat criminals with deference & victims with contempt. This dereliction of duty is why crime is surging. But @GovRonDeSantis won’t stand for this. He just suspended the one in Florida.

The position is being filled by governor appointee Susan Lopez. She has most recently been serving as a judge on the Hillsborough County Court.

Grant Holcomb is a reporter at The Florida Capital Star and The Star News Network. Follow Grant on Twitter and direct message tips.
Photo “Andrew Warren” by Andrew Warren.