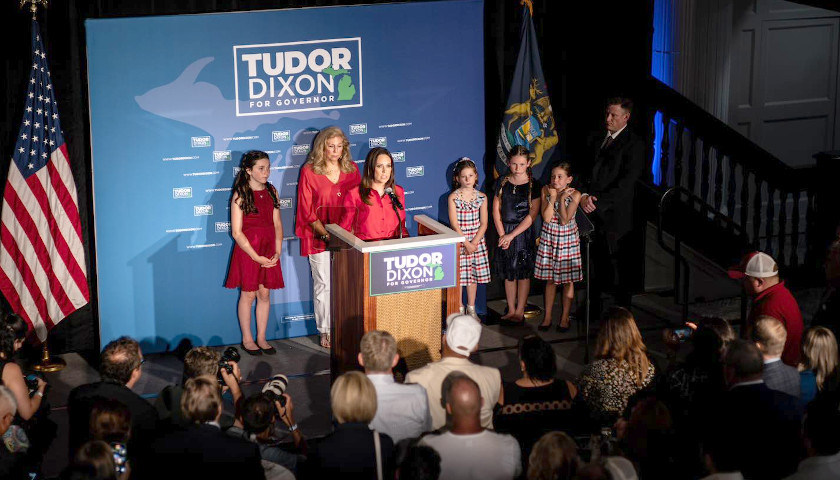 Tudor Dixon has been declared victorious in the Republican primary for this fall’s gubernatorial race against Democrat incumbent Gov. Gretchen Whitmer.

The Michigan GOP, NBC News and other media outlets reported Dixon’s win. The results are unofficial.

Dixon, 45, is from Norton Shores, a former conservative media host, and steel industry sales manager. She won the endorsement of the DeVos family in June, which helped fill her campaign coffer with an additional $1 million. Last week, she was endorsed by former President Donald Trump.

John James, with more than 80% of the vote, was declared the winner in the state House’s 10th District Republican race against Tony Marcinkewciz. James previously ran unsuccessfully for both U.S. senator seats against incumbents Debbie Stabenow in 2018 and Gary Peters in 2020. This is an open seat courtesy of the census and redistricting that moved Republican Lisa McClain from the 10th to the 9th district.

James advances to face Carl Marlinga, a former prosecutor and judge who garnered more than 48% of the votes winning a five-way Democratic primary.

McClain, with about 78% of the votes, advanced in the 9th District primary over Michelle Donovan. Democrat Steven Jaye, her opponent in the fall, was unopposed Tuesday.

Bruce Walker is a regional editor at The Center Square. He previously worked as editor at the Mackinac Center for Public Policy’s MichiganScience magazine and The Heartland Institute’s InfoTech & Telecom News.
Photo “Tudor Dixon” by Tudor Dixon.