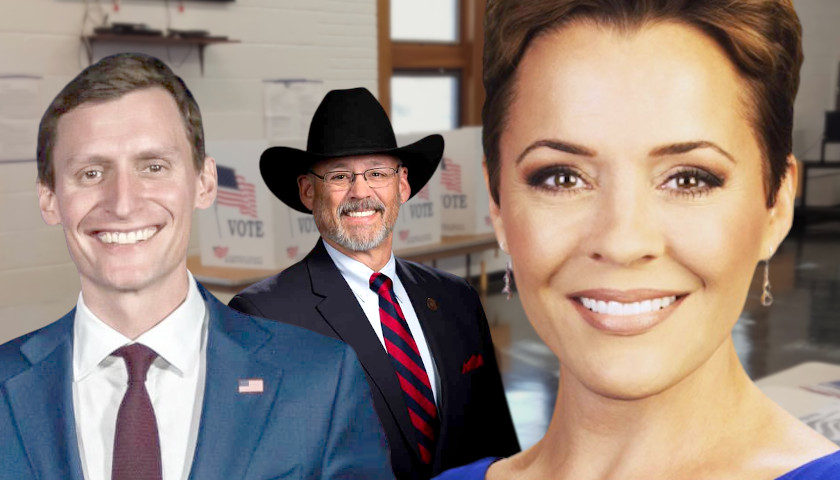 After a large increase Tuesday’s primary election voters cast their ballots in person – which are tabulated last – Kari Lake and every other Trump-endorsed candidate in Arizona all appear to have won their primary races. Approximately 97 percent of all precincts have submitted their results. According to ABC-15’s “Data Guru” Garrett Archer, there are 186,067 ballots outstanding, including 112,000 from Maricopa County and 41,968 from Pima County. Maricopa County’s results usually mirror the state’s results.

Arizona Republican Party Chair Kelli Ward, who has been very concerned about the possibility of voter fraud, expressed her frustration that all the votes had not been counted yet. She tweeted Wednesday night at the Maricopa County Elections Department, which is run by County Recorder Stephen Richer, “We all know that @MaricopaVote is ridiculous. Get the results, you fools.”

After seeing a batch of ballots from Pima County favor Lake, local reporter Jeremy Duda, who has covered Arizona elections for years, tweeted, “Lake’s lead hasn’t increased much, but the trajectory is undeniable. Everything is still moving in her direction.”

The Arizona GOP reported that turnout was the largest for primary election day voting in Arizona history. As the early ballots were counted first, the governor’s race showed Robson ahead of Lake by 10 points after the first release of ballot counts on election night at 8 p.m.

In all, the top two Republicans spent a little more than $23 million, and much of that way by Robson. Records show the billionaire outspent Lake four to one in the race, with a total person spend of about $15 million.  Another $2.5 million was spent on Robson’s behalf by Americans for Prosperity. Lake’s campaign, by contrast, spent a little more than $3.8 million Lake, with outside groups supporting her in the amount of $1.3 million.

The victor of the Republican primary contest will face Arizona Secretary of State Katie Hobbs, a Democrat who denies there was election fraud in 2020, in the general election.

Finchem will face former Maricopa County Recorder Adrian Fontes in the general election. Fontes was in office during the 2020 presidential election, when he tried unsuccessfully to mail out unrequested ballots to voters.

There were also a few other Trump-endorsed winners who were expected to easily cruise to victory due to little opposition, including Representatives Paul Gosar (R-AZ-04), Andy Biggs (R-AZ-05), and Debbie Lesko (R-AZ-08).

Other candidates who were expected to win, leading late last night, were able to maintain those leads. Former legislator David Farnsworth greatly increased his already huge lead over Speaker of the House Rusty Bowers (R-Mesa), to 28 points. Bowers angered Republicans by frequently going along with Democrats, including defeating GOP election integrity bills.

Maricopa County Attorney Rachel Mitchell, who was originally appointed to the position, beat a challenge by Gina Godbehere, 58 to 42 percent. Maricopa County Supervisor Thomas Galvin, who was also appointed to his position, defeated others in the race. Galvin has aligned himself with the other county supervisors who declare there was no election fraud in 2020.

Former state legislator and conservative favorite Steve Montenegro is back in the game, easily placing first in his run for the House again in Litchfield Park. A trio of newcomers in Tucson that ran as a slate also proved successful: Justine Wadsack for State Senate, and Rachel Jones and Cory McGarr for State House.