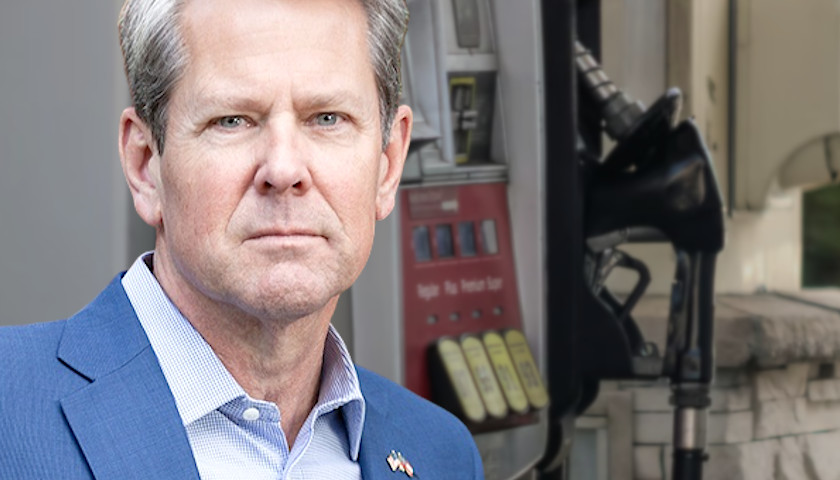 Governor Brian Kemp (R) signed two executive orders on Wednesday that extended the gas tax suspension and renewed the state of emergency for supply chain disruptions. These executive orders will be effective through September 12th.

“I have extended the temporary suspension of the state’s motor fuel tax to alleviate the financial burden placed on Georgians due to the federal government’s gross mishandling of inflation,” Gov. Kemp said.

According to AAA, the average gas price in the Peach State is $3.720 for regular fuel, which contrasts with the United States national average of $4.163.

It has been less than two months since Georgia’s highest recorded average price of all time: $4.449 for regular unleaded fuel on June 15th of this year.

“As inflation continues to rise, the cost of living continues to place a financial burden on Georgia’s families,” Lieutenant Governor Geoff Duncan said. “By continuing to suspend the excise tax on motor fuel, we are taking all necessary steps to alleviate some of that burden and combat rising gas prices in our state.”

Only Texas and South Carolina have fuel prices below those of the Peach State.

“When gas prices hit record highs, it was ‘Putin’s Gas Hike.’ On the slow decline and ignoring the fact that gas prices have doubled since taking office because of this war on American energy, Joe Biden says ‘I did that.’ By extending the gas tax suspension and solving the supply chain issues, Governor Kemp is saying ‘I am fighting for ALL Georgians,” McCarthy said.

“Governor Kemp’s action today will keep our people and our economy moving despite the failed policies of the Biden administration,” Ralston said.

Except for Colorado, Georgia has seen the smallest increase in gas prices from one year ago, with a hike of 75 cents.

Addison Basurto is a reporter at The Georgia Star News and The Star News Network. Follow Addy on Twitter and GETTR. Email tips to [email protected]
Photo “Brian Kemp” by Brian Kemp.