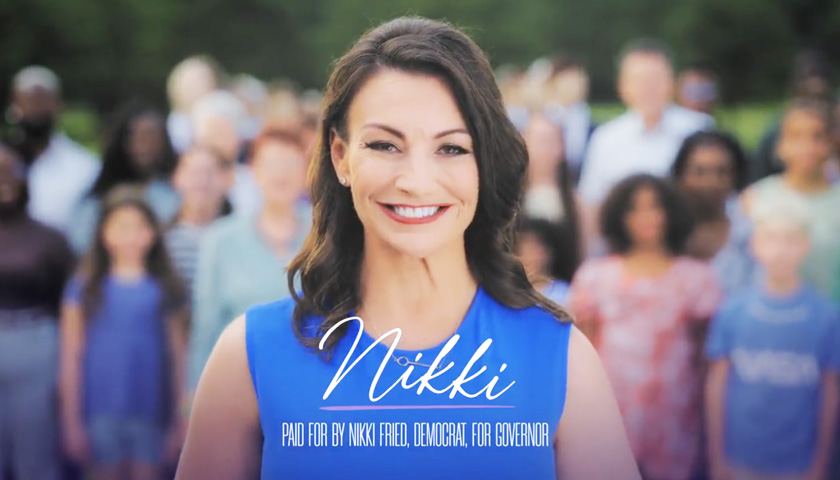 Florida Agriculture Commissioner Nikki Fried (D) launched her first television ad as she seeks the nomination for Florida’s Democrat primary. She launched the ad with the moniker “Something New,” harkening back to a phrase she has commonly used on the campaign trail and when she launched her campaign over a year ago.

“Florida has had 46 governors, but for our 47th, we need something new,” she tweeted, seemingly hinting at the fact that Florida has never had a female governor.

FIRST TV AD: Florida has had 46 governors, but for our 47th, we need something new. pic.twitter.com/V9TDC2mBH1

“Florida’s had 46 Governors, some good, some bad — and one, depends on which way the wind’s blowing. But with Roe gone, our cost of living out of control and no ban on assault weapons, we have to try something new,” Fried tweeted.

Fried touts herself as the “only statewide elected Democrat, only pro-choice Democrat, only Democrat to have never taken a dime from the National Rifle Association,” an implied jab at her Democrat primary opponent, Congressman Charlie Crist (D-FL-03) who previously served as a one-term governor of Florida as a Republican.

The agriculture commissioner has previously attacked her primary opponent for comments about being pro-life and pro-gun while he was governor.

Fried also posted a robocall from over 10 years ago entitled “Charlie Crist in His Own Words.” In it, he notes the policies he supports and that he is a “consistent, conservative governor that they can trust.”

However, Fried has also had to answer questions about her support for Republicans or conservative politicians as well, as campaign records show she donated to Attorney General Ashley Moody’s campaign in 2017, to Adam Putnam in 2014 when he ran for re-election as agriculture commissioner, and to former Gov. Jeb Bush’s failed presidential campaign in 2016.

According to campaign contributions, Fried is severely trailing Crist and incumbent Gov. Ron DeSantis (R) in fundraising, but she has said she is not deterred by the low numbers.

“First of all, fundraising metrics aren’t the metrics that I believe a campaign is geared on. But we certainly are meeting all of our goals every single month,” Fried said after raising more than $325,000.

The Florida Democrat primary is August 23.

Grant Holcomb is a reporter at The Florida Capital Star and The Star News Network. Follow Grant on Twitter and direct message tips.
Photo “Nikki Fried” by Nikki Fried.