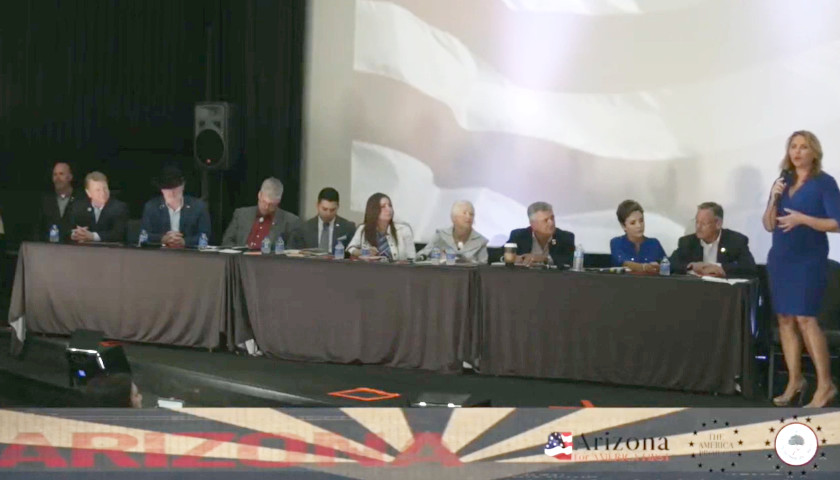 The Arizona Senate-ordered independent Maricopa County ballot audit of the 2020 presidential election revealed questionable findings, including a Maricopa County Elections Department (MCED) employee captured on video deleting – or what officials stated later was archiving – hundreds of thousands of files from an election server the day before that server was to be turned over to the audit. Investigative journalist Lara Logan and technology expert Matt Van Bibber stated at a recent election security forum hosted by We the People AZ Alliance that the employee has been identified, along with a couple of his co-workers who allowed him access into the election server room.

Van Bibber, who discovered the information through viewing videos and matching what he saw against server room logs, said the employee was Brian Ramirez, a database administrator at MCED. Van Bibber said Ramirez did not have the required credentials to enter the server room where the computer was, so two other employees gave him access with their card keys. One was Kristi Passarelli, assistant elections director, and the other was an employee named Charles Cooley, who appears to be an administrative/operations specialist.

Van Bibber cited Maricopa County’s policy, which the county referenced in its response to the audit, which states, “It is County elections policy to require two people in the server room whenever someone is using the server room keyboard video monitor (KVM).” In the videos showing Ramirez in the server room, there appear to be no other employees. In one video, he can be seen talking on his cellphone in the room, which Van Bibber stated is a violation of MCED’s policy.

When CyFIR founder Ben Cotton, who assisted with the Maricopa County election audit, discovered that hundreds of thousands of files were removed from the county’s servers the day before the auditors were to begin looking at them, he was concerned, because federal law requires federal election records to be retained for 22 months.

It was not revealed that they were archived, not deleted, until Maricopa County Supervisor Bill Gates testified about it to the House Oversight and Reform Committee on October 7, 2021. He added, “They did not subpoena those.”

Maricopa County stonewalled the Senate audit on turning over various items such as router logs. But after State Senator Paul Boyer (R-Glendale) refused to vote in favor of holding the county in contempt, the Senate finally signed off, stating they had received everything they needed for the audit.

One elections expert told The Sun Times that since the files were archived and not deleted, there was no violation of law. Furthermore, only the Arizona Senate can enforce the subpoenas; the Arizona attorney general (AAG) does not have the authority.

In March, State Sen. Kelly Townsend (R-Apache Junction) was forced to issue a legislative subpoena to the Maricopa County Supervisors to get them to comply with the Senate’s subpoena to turn over materials requested in the AAG’s follow-up investigation of the audit, since the AAG did not have the authority to force compliance.

The Sun Times asked MCED why Ramirez was allowed access to archive the files the day before the server was transferred to the audit, along with other questions, and received no response by press time.