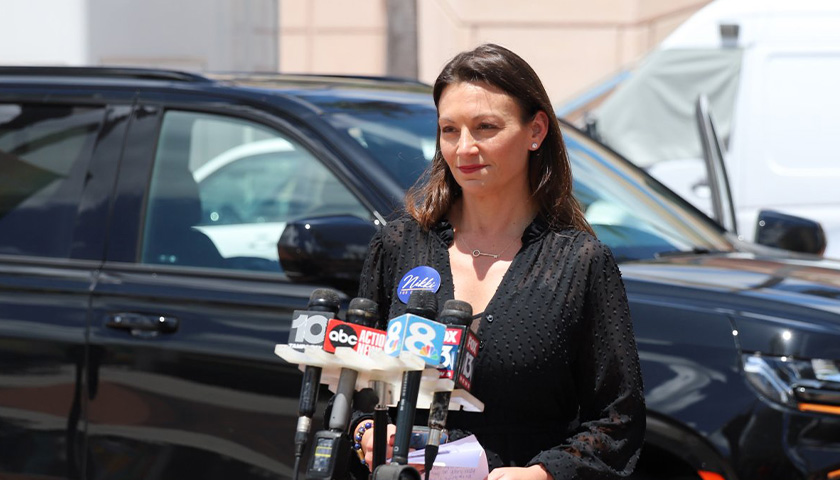 Earlier this week, Florida Agriculture Commissioner Nikki Fried (D) held a press conference addressing the budding monkeypox outbreak across Florida. Fried criticized Florida Governor Ron DeSantis (R) saying he is not doing enough on the matter, so she decided to take the issue into her own hands.

Fried is running for governor in the 2022 election.

The Democrat gubernatorial candidate spoke alongside Robert Boo and Dr. Zachary Henry, who provided updates on the disease. There are 247 cases in Florida, mostly concentrated in Broward and Miami-Dade counties.

Because DeSantis won’t, this morning I’m holding a press briefing to discuss the monkeypox outbreak in Florida and detection and prevention.

“It needs to be a statewide approach. [The disease] doesn’t know any borders,” Boo said. “Just because it’s here in Broward County doesn’t mean that it’s going to stop at Miami-Dade or Palm Beach counties. With South Florida being such a tourist destination, this is quickly growing across the state. Unless we contain it, monkeypox will continue to spread.”

Both American and international officials have both said that the primary way of contracting monkeypox is through close contact almost exclusively among gay men.

The monkeypox originated at gay pride events in Spain.

As of Fried’s press conference, there were 25,00 monkeypox vaccines available for Florida, but demand is outpacing supply. Florida State Representative Carlos G. Smith (D-Orlando), who is also a part of the LGBT community, called on the federal government to make more vaccines available.

“Getting this right is an LGBTQ issue because of the fact that we are disproportionately impacted as gay and bi men,” says Smith. “We need to continue pushing the federal government to increase supply and increase stockpiles specifically to Florida and we need to make sure that we do everything that we can to broaden the availability to the impacted population which is men who have sex with men.”

Throughout the United States, there have been a total of over 5,100 confirmed cases, according to the Centers for Disease Control and Prevention.

Grant Holcomb is a reporter at The Florida Capital Star and The Star News Network. Follow Grant on Twitter and direct message tips.
Photo “Nikki Fried” by Nikki Fried.