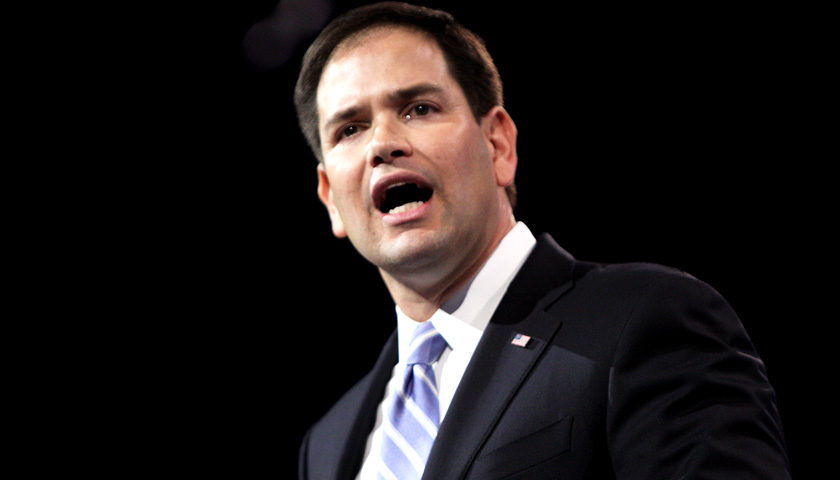 Florida Senator Marco Rubio (R) penned an op-ed condemning the Biden administration’s recent visit to Colombia to meet with the new Colombian president-elect Gustavo Petro. Petro is the first leftist to get elected to the post and previously served as a guerilla fighter in his younger years.

“In contrast, it took the Biden White House two years to meet with outgoing president Iván Duque,” Rubio said, noting that the present U.S. administration arranged for a meeting with Petro within a month of his election. “Clearly the Democrats are excited by the prospect of another leftist in power – even if that leader is far less favorable to the U.S. than his predecessor.”

Rubio said that Biden and his foreign policy approaches have been “misguided,” specifically with their soft-handed approach to Latin American authoritarian dictators.

“To protect the safety and security of our region, we must change course immediately, and that means no more pandering to leftists,” Rubio said. “Colombia remains an important regional partner, and we should seek to maintain strong ties, but we must also act in the interests of our nation.”

The Biden administration, notably last year, removed a Colombian rebel group FARC from a list of terrorist groups. Florida’s Democrats and Republicans alike voiced their opposition to the move, and then Rubio proposed a bill to reinstate FARC to the terrorist watch list.

Rubio concluded his comments by speaking more broadly about American interests in Latin America, like offering support to rightful Venezuelan president Juan Guaidó. Backing Guaidó, Rubio says, would send a message to the Venezuelan and Cuban Marxists who seek to undermine liberty in the Western world.

“Finally, we must hold firm in our support for the rightful government of Venezuela, even as Petro re-establishes ties with the narco-regime in Caracas. When Nicolás Maduro called for illegitimate elections in Venezuela to maintain his unjust grip on power, Colombia and the U.S. stood alongside the rightful interim government, headed by Juan Guaidó. In a few days, Colombia will change course and recognize Maduro instead. That’s bad news — but we can’t let it change our own commitment. Narco-dictators do not deserve America’s endorsement and support, no matter if Petro says otherwise.”