11th District GOP Chairman: ‘Promote the Vote’ Should Be Called ‘Rigging the Vote’ 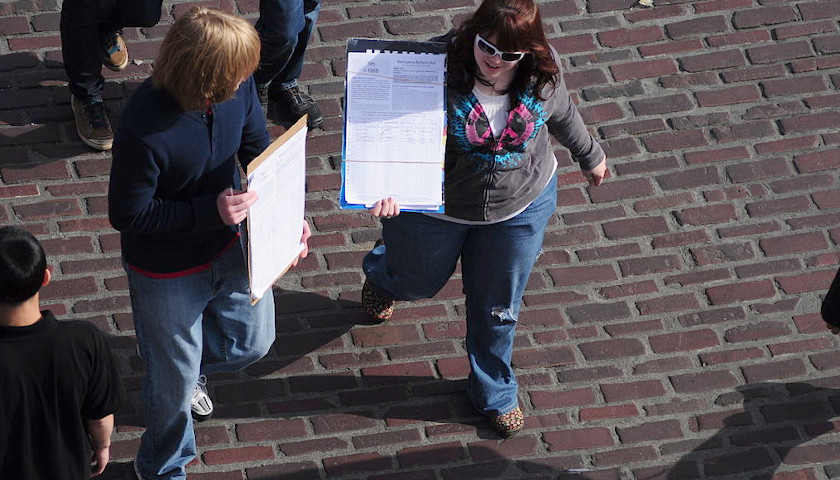 A Democrat-leaning organization recently filed signatures that calls for a new constitutional amendment in the upcoming 2022 election.

Promote the Vote, which successfully ran a ballot proposal that created no-excuse absentee voting and same-day registration in 2018, turned in nearly 670,000 voter signatures, significantly more than the roughly 425,000 required.

Proponents say that their proposal hopes to eliminate requirements to show proof of identity for voting and expand ballot harvesting operations that proponents say would weaken election integrity.

The move comes in the wake of controversy in which the pro-id organization’s operatives were exposed for engaging in petition suppression, in which petition gatherers were paid to not collect signatures. The opponents of an effort to secure Michigan’s elections with more stringent voter ID requirements allegedly orchestrated a “scheme to pay off” petition circulators, according to a May 11 report from Bridge Michigan.

“Promote the Vote should be called ‘Rigging the Vote’ because they are manipulating voters by using pro-election integrity rhetoric and deliberately deceiving Michiganders. They’ve essentially copied and pasted lines from pro-voter ID advocates as a bait and switch because they know their policies are deeply unpopular,” Shane Trejo, 11th district GOP Chairman and grassroots director at Republicans for National Renewal told the Detroit City Wire.

Left-wing activists fighting against voter id have been linked to receiving substantial donations from out-of-state, along with worldwide subsidies, including millions from billionaire George Soros, according to Novi Times.

A poll by Americans for Citizen Voting found that 79% of Black Michigan voters support strengthening elections by requiring voter ID, according to a news release. That number is higher than the percentage of Michiganders as a whole who support voter ID requirements (76%).

Only 14% of Michigan residents oppose strengthening voter ID requirements, according to a statewide survey conducted in January.

A vast majority of funding for Michigan’s ballot proposal by Promote the Vote came from the American Civil Liberties Union (ACLU). Together, the amount given from the national ACLU group in New York and the amount given from ACLU’s Michigan branch accounts for 86% of Promote the Vote’s funding, according to Bridge Michigan. The ACLU has a history of being funded by Democrat billionaire George Soros’ Open Society Foundations.