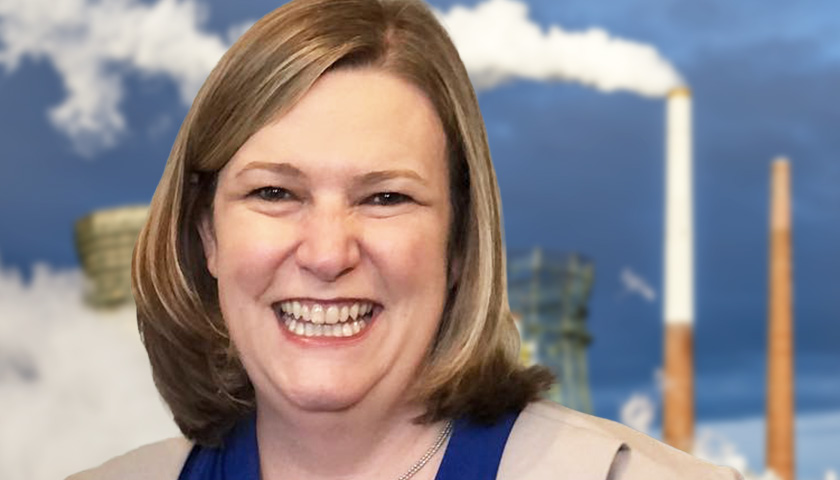 Ohio Democratic gubernatorial candidate Nan Whaley this weekend took to Twitter to promote an energy plan for the Buckeye State that excludes fossil-fuel production in favor of renewables.

The former Dayton mayor, who will face incumbent Gov. Mike DeWine (R) in November, details her energy platform on her website. Therein, she sets a goal of supplying 100 percent of the state government’s energy needs through solar, wind and other renewable sources by 2030. She anticipates converting the state vehicle fleet entirely to electric and hybrid machines and supporting local government efforts to reduce carbon emissions.

Whaley’s strategy makes no mention of natural gas, neglecting a major industry in eastern Ohio that sits atop part of the Marcellus Shale. Her plan also does not discuss domestic oil production nor coal mining except to call for ending coal subsidies enacted via the infamous House Bill 6 and for implementing “policies to ensure the workers facing closures of coal and nuclear plants are able to transition to jobs with living wages and/or union membership.”

Ohio Republican Party Chairman Bob Paduchik tweeted Saturday to spell out what he considers the upshots of Whaley’s agenda.

Whaley and Stephens argue that their approach to energy policy will ultimately aid consumers, noting that current international conflict has played a role in driving up fuel prices.

“Ohio needs policies that will stabilize and reduce costs to families and businesses,” Whaley writes of her energy strategy. “Ohio has what it takes to drive our economy with new, clean and renewable fuels. If we do not reduce our reliance on global oil, international events will determine our cost and supply and threaten our pocketbooks.”