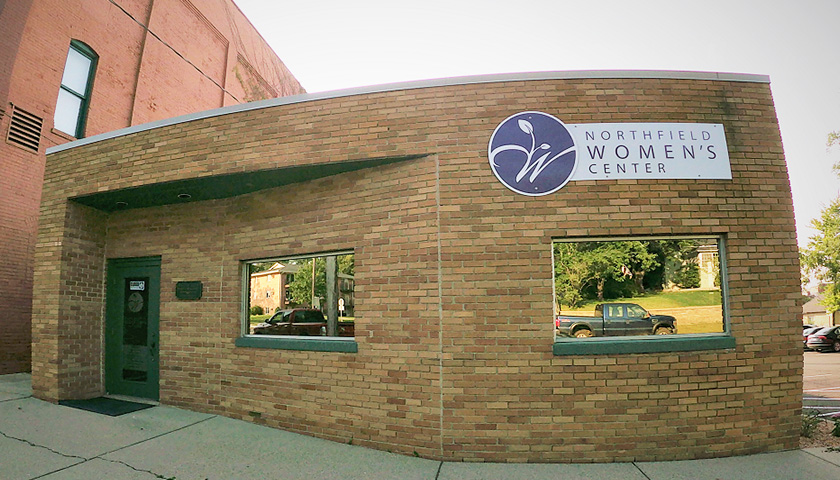 A Northfield crisis pregnancy center was attacked last Monday night between 10 p.m. and 7 a.m., according to the executive director at Northfield Women’s Center.

Executive Director Teresa Edwards told Alpha News the front of the building was tagged with “Fake Clinic ACAB Not Safe.” ACAB is an acronym for “all cops are bastards.”

“The front of the center was bashed in,” Edwards said. “Although it appears it was hit with something and nothing was actually thrown through the window.”

She said they’re still cleaning up shattered glass. Some lamps near a window were tipped over and items in the office were thrown across the room. Edwards said this is the first time the center has been attacked and the culprit is still unknown.

“We have our suspicions of what may have occurred. However, we cannot confirm,” Edwards said.

Staff are “concerned, and a bit shaken,” but Edwards said they know they are covered in prayer.

“We have our moments, but thankfully we are surrounded by incredible supporters of the NWC and the work we do,” she said. “In addition the NPD has been very responsive. We are very thankful for what they do.”

Northfield Women’s Center offers a variety of resources for women, including pregnancy tests, ultrasounds, and STI testing, which are free and confidential. The center also offers prenatal education and birth coaches to expecting mothers.

“We are life-affirming and it is our heart’s desire for new moms to choose to parent their child or choose to give another family the opportunity to adopt their baby. Although we still love and support those who may choose abortion. We walk with them and will continue to do so,” Edwards explained.

Pro-life organizations and crisis pregnancy centers across the country were attacked and vandalized following the leak of a draft opinion in the case of Dobbs v. Jackson Women’s Health Organization. The leak correctly indicated that the Supreme Court was poised to overturn Roe v. Wade, which was struck down June 24.

In Minnesota, Birthright pregnancy center and Minnesota Citizens Concerned for Life have been targeted with similar acts of vandalism.

Alpha News reached out to the Northfield Police Department but did not receive an immediate response.