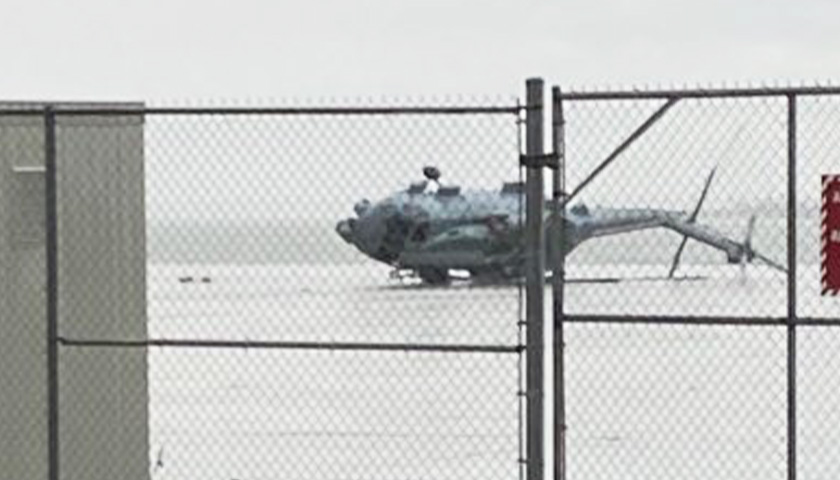 “Known damages to the aircraft span from broken tail and rotor blades to structural dents and punctures in the airframes,” spokesman Lt. Cmdr. Rob Myers said in a statement to Military.com.

The ten helicopters experienced Class A mishaps — meaning a total loss of the aircraft or damage worth more than $2.5 million to each of the aircraft, according to USNI News.

In Myers’ statement to Military.com, USNI, and other media, he said the damage is still being assessed. The damaged aircraft were MH-53E and MH-60R/S. The MH-53E is an older aircraft that the Navy has sought to retire, according to The National Interest. The MH-60R entered service in 2006, and the MH-60S entered service in 2002, according to Naval Air Systems Command.

USNI reports that aircraft are normally taken indoors or tied down during storms, but that a shift change could have limited available manpower.

National Weather Service Wakefield Meteorologist Jonathan McGee told The Virginia Star that severe thunderstorm warnings for the storm first went out at around 3:30 p.m, and they received the initial report of five damaged helicopters at 3:40 p.m.

“Basically a wall of wind that just pushed through, and pushed them, I guess, on their sides,” McGee said.

McGee said the only other nearby report of damage from the storm was of a tree down in Norfolk. He said that the storm only reached about 60 mile-per-hour winds — the base threshold to trigger a severe thunderstorm warning.

“It was not a considerable or catastrophic type of affair where you have to have wind near 70 or 80 miles-per-hour. This was kind of a base, generic severe thunderstorm,” McGee said.