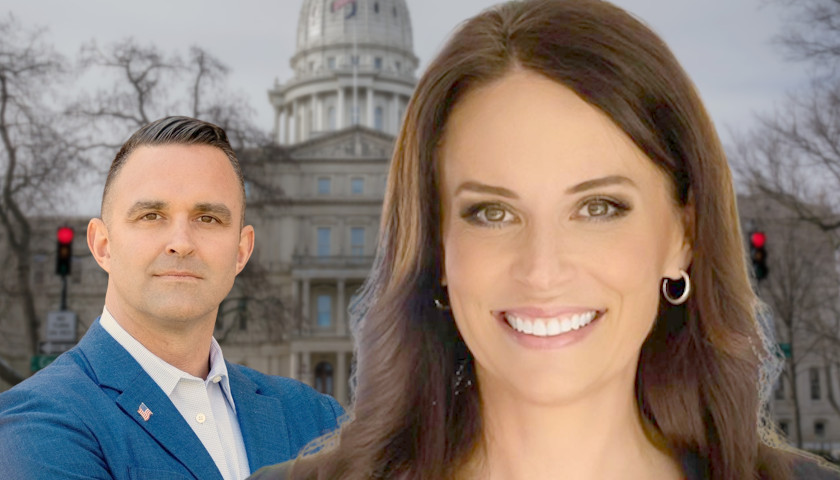 The survey, commissioned by Michigan News Source and conducted by the Trafalgar Group, awarded Dixon 28.4 percent, compared to the 19.2 percent of her closest competitor—Garrett Soldano.

The poll, which spoke to 1,098 likely voters and happened between July 26 and July 28, demonstrated that a high number of GOP voters, 19.3 percent, remain undecided about whom to support in the competition.

Former President Donald Trump, who has not weighed in on the crowded primary race, has hinted at an endorsement of Dixon during the previous days.

“Giving Tudor Dixon a good, hard look. Brought her to everyone’s attention at our big Michigan Rally. All of her supporters are working hard for Endorsement/Victory. Stay tuned!” the former President posted on Truth Social.

In her race, Dixon has been boosted by a wave of endorsements, including from Trump Education Secretary Betsy DeVos.

“The DeVos family have decided to stand with Tudor Dixon as being the next, right governor for the state of Michigan,” said Dick DeVos at the time. “We think Tudor, as a business leader and a mom, has the experience, the passion, and a plan to put the state back on track.”

However, she has been attacked by Democrats in recent weeks. The Democratic Governors Association poured millions in the competition to downplay Dixon. The strategy, which meddles in GOP primaries, has been utilized by Democrats across the country to elevate “unelectable” Republicans.