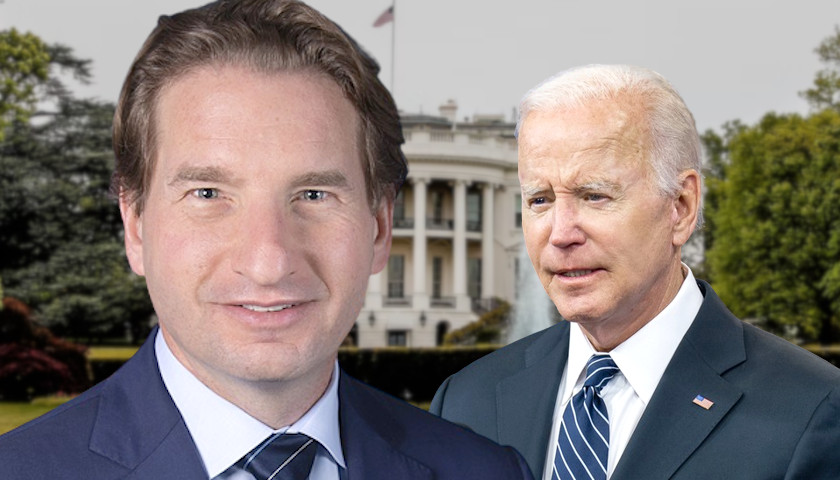 In a stunning admission Thursday, U.S. Rep. Dean Phillips, a Democrat, said he doesn’t think President Joe Biden should run for reelection in 2024.

Phillips made the revelation in an interview with WCCO Radio’s Chad Hartman, who noted that 75% of Democratic voters want someone new.

“I have respect for Joe Biden. I think he has, despite some mistakes and some mishaps, despite his age, I think he’s a man of decency, of good principle, of compassion, of empathy and of strength,” Phillips said.

“But to answer your question directly, which I know is quite rare, Chad, no. I don’t. I think the country would be well served by a new generation of compelling, well-prepared, dynamic Democrats to step up,” the two-term Democrat added.

Does @RepDeanPhillips want @POTUS to run again in 2024 or would he prefer a younger Democrat step up for the party?https://t.co/E75t3059Cy pic.twitter.com/QrnlN2Z58Q

This comes after Democratic Rep. Cori Bush of Missouri declined to answer a similar question.

Phillips is running for reelection in Minnesota’s Third Congressional District against Republican Tom Weiler, a U.S. Navy submarine veteran with a degree from Harvard University.

“The far left, tax and spend agenda that President Biden and Congressman Phillips have been supporting as the best course of action for the American people and American economy has clearly failed,” Weiler said in a statement.

He criticized Phillips’ attempt to position himself as a moderate ahead of what is expected to be a tough midterm election for Democrats.

“The high costs Minnesotans feel today are a result of bad policies supported and voted for by Rep. Phillips, who has voted in alignment with President Biden’s failed policies 100% of the time,” he said. “100% voting with Speaker Pelosi is not moderate, it’s far left.”

Anthony Gockowski is Editor-in-Chief of Alpha News. He previously worked as an editor for The Minnesota Sun and Campus Reform, and reported for The Daily Caller.
Photo “Joe Biden” by Joe Biden.