J.D. Vance: United States Has Entered in the ‘Ryan Recession’ 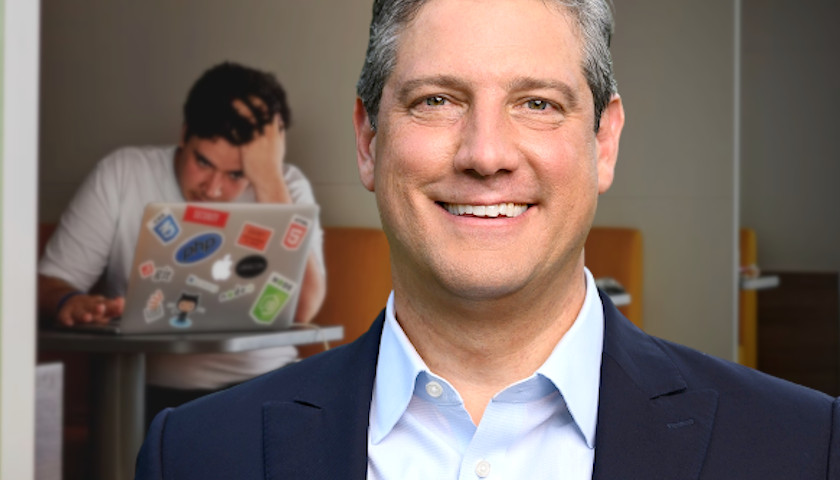 New reports show that the economy contracted 0.9 percent during the second quarter of the year, which follows an additional contraction in the first quarter.

The consecutive quarters of negative growth met the definition of a recession that is widely used by economic analysts, according to the International Monetary Fund.

“After just 18 months in power, rubber-stamp radicals like Tim Ryan turned our nation’s recovery into a recession. Despite repeated warnings from business leaders, politicians, and economists alike, Ryan refused to stand up to Joe Biden, Chuck Schumer, and Nancy Pelosi,” Vance said in a statement. “Tim Ryan gave the swamp exactly what it wanted: trillions of dollars of spending that liberals used to prop up their political friends and advance their far-left agenda.”

🚨IT'S OFFICIAL: We're in the Ryan Recession

"Tim Ryan gave the swamp exactly what it wanted: trillions of dollars of spending…he’s nothing more than a lackey for the reckless spenders of the DC swamp. Tim Ryan is responsible for this recession.” – @JDVance1 #OHSen pic.twitter.com/1bpzpwienS

Polling indicates that Ryan and Vance are neck-and-neck in their campaign to replace retiring Senator Rob Portman.

Many residents of the state blame President Biden, as his approval rating is underwater by 23 points in the state. However, Ryan is attempting to overcome the number by distancing himself from Biden and has claimed to fight for bipartisan solutions.

He has been boosted by a large advantage in fundraising, taking in $9 million in the previous fundraising quarter. According to the Federal Election Commission, Ryan, in total, has received more than $2.5 million from the heavily-Democratic states of California and New York.

“What truly matters are the real hardships Ohioans are facing. Because of Joe Biden and Tim Ryan’s decisions, families are struggling to pay their bills and put food on the table. The American people deserve far, far better,” Vance added.

“Tim Ryan is not moderate – he’s nothing more than a lackey for the reckless spenders of the D.C. swamp. Tim Ryan is responsible for this recession.”

Cooper Moran is a reporter for The Ohio Star and The Star News Network. Email tips to [email protected]
Photo “Tim Ryan” by Tim Ryan.