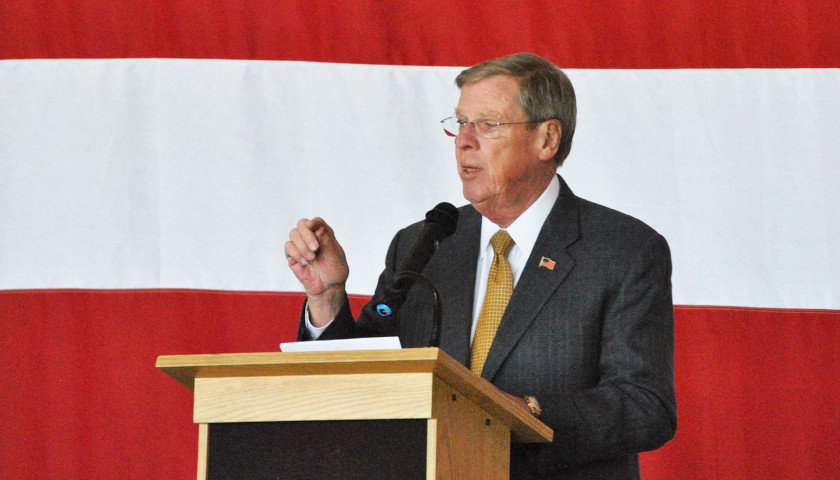 “[This will] recognize a true legend of the U.S. Senate, an extraordinary father, husband, and representative of this state,” Senator Ossoff (D) said.

Isakson was born in Fulton County in Atlanta on December 28, 1994 and graduated from the University of Georgia in Athens in 1966 before serving in the Georgia Air National Guard from 1966 to 1972.

“I was proud to co-lead this bipartisan legislation in the House and I applaud the Senate for unanimously passing the companion bill last night,” Representative Rick W. Allen (R-GA-12) said.

“Those fortunate enough to have known Senator Isakson know how deeply he cared for veterans, especially those from Georgia. Renaming the Atlanta VA in his name is an appropriate tribute to this man who tried to do what was right each day for Georgia’s veterans,” GA-07 candidate Mark Gonsalves told The Georgia Star News.

Isakson was re-elected to two successive congresses before his election to the U.S. Senate in 2004.

“Senator Isakson was well known as a big advocate for veterans. It is fitting the Veterans Affairs building is named after him,” Atlanta Tea Party President Debbie Dooley said to The Georgia Star News.

“He earned a reputation not just nationally but around the world for statesmanship, effectiveness and hard work,” Ossoff (D) said of the late Isakson.

Isakson also served as the Committee on Veterans’ Affairs chairman and as a member on the Select Committee on Ethics.

“There are just two kinds of people in this world: friends and future friends,” the late Georgia senator liked to say.

Addison Basurto is a reporter at The Georgia Star News and The Star News Network. Follow Addy on Twitter and GETTR. Email tips to [email protected]
Photo “Johnny Isakson” by Johnny Isakson.