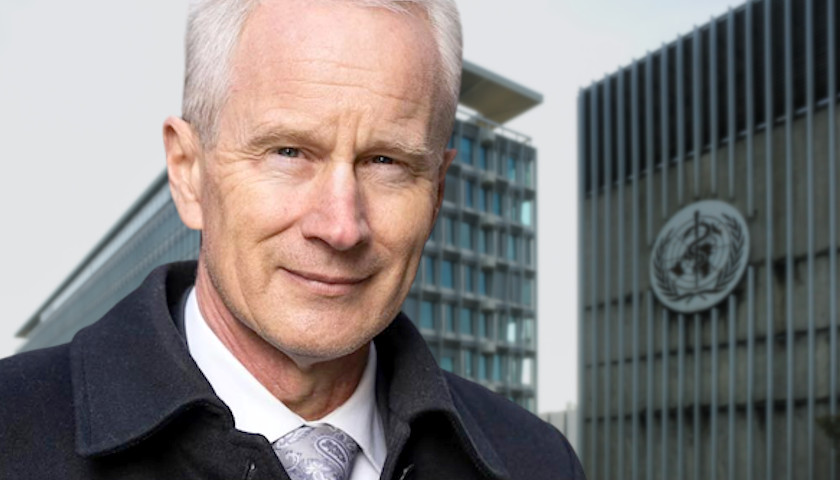 World-renowned physician and public health expert Dr. Peter McCullough said during an interview Monday the World Health Organization (WHO) “has clearly jumped the gun” in declaring the monkeypox outbreak, found primarily among men having sex with men, as a worldwide health emergency.

“There are more than 15,000 monkeypox cases in the entire world, only five deaths – all of them were in Africa,” Newsmax host Rob Schmitt said as he began his interview with McCullough, co-author with John Leake of The Courage to Face COVID-19: Preventing Hospitalization and Death While Battling the Bio-Pharmaceutical Complex.

“WHO has clearly jumped the gun at 16,000 cases, roughly 80 percent in the EU, is far short of the half a million cases of SARS-CoV-2,” McCullough said. “That was the level at which the WHO declared an emergency.”

About 3,500 cases of monkeypox have now been reported in the United States, according to the Centers for Disease Control and Prevention (CDC).

Taking its cue from the WHO, the Biden administration is weighing a declaration of a monkeypox public health emergency in the United States.

In a paper by Thornhill and colleagues in New England Journal of Medicine, 98% are gay or bisexual men, men having sex with men, 95% of the transmission is through sexual contact, 41% have HIV, and 29% have other sexually transmitted diseases at the same time. So, this is basically a sexually transmitted disease issue. It’s an issue that should be and is handled by doctors and it’s not a worldwide or U.S. health emergency.

McCullough responded to Schmitt’s question about why monkeypox is spreading so quickly among gay people:

There’s about 1,000 cases a year in the Congo basin. This spreads from animals to men. In the prior U.S. outbreak that occurred in 2003, it was just really from animals to people who handle the animals. The difference here is that it did get into a gay or bisexual population and, you know, the average person in this group that’s transmitted can have up to 10 sexual contacts in a month, so, they’re very active with one another. And when the lesions are present, it does spread readily.

“But I think, among the gay and bisexual community in men, now’s the time for safe sex practices, making some smart decisions, and we have treatment,” he noted.

NYC’s health department, "is bickering over whether it would be stigmatizing to advise gay men to change their sexual practices." https://t.co/Hk5IvYpjEN

“This is not a pandemic emergency,” the physician reiterated. “We shouldn’t have concern about getting on airplanes or traveling or going to restaurants.”