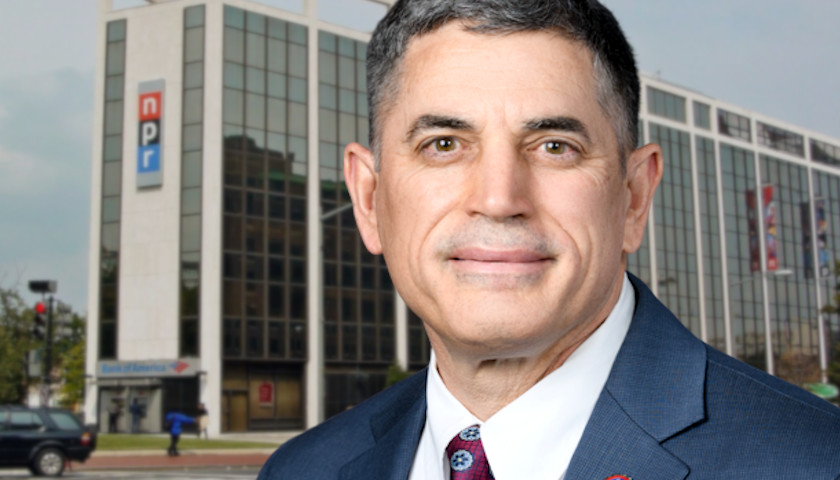 “NPR has absolutely no authority to be arbiters of truth, which is why I led 13 colleagues in a letter raising concerns about NPR’s track record of spreading disinformation and demanding answers about the media organization’s new Disinformation Reporting team,” Congressman Clyde said.

“Why has your news organization not followed the lead of the Washington Post and the New York Times, and repudiated, apologized for, or retracted your decision to suppress the legitimate story of Hunter Biden’s laptop that was in the public interest amid a Presidential election?” Congressman Clyde asked.

The congressmen communicated to NPR the desire to have public trust in NPR restored, given the fact that is primarily funded by American taxpayers.

Miranda Devine, author of Laptop From Hell, called NPR “one of the worst in the media” in a recent FOX News interview.

“Why does a story promoting Hunter Biden’s memoir on your website still contain the verifiably false statement that ‘numerous news organizations cast doubt on the credibility of the laptop story’ without a correction?” Rep. Clyde asked.

Conservative documentary filmmaker Dinesh D’Souza asserted that NPR itself was a disinformation outlet.

“Our taxpayer-funded propaganda outlet @NPR has launched a ‘disinformation team.’ This is akin to the mafia launching a team to combat organized crime. NPR is disinformation! #2000mules.” conservative filmmaker Dinesh D’Souza said.

Tennessee Senator Marsha Blackburn gave her take on the rise of  ‘disinformation’ teams that progressive media outlets have launched.

“The liberal media is beginning to launch ‘disinformation’ boards. Make no mistake: this is an attempt to silence stories that go against the left’s agenda,” Congresswoman Blackburn said.

Notably, NPR was the outlet that published a story at 9:33 am local time on January 6th, 2021, wherein the outlet asserted that Trump supporters had started to riot, hours before the majority of the rally-goers were even close to the capitol building.