Ron DeSantis Comes Out Against Chinese Buying Land in Florida 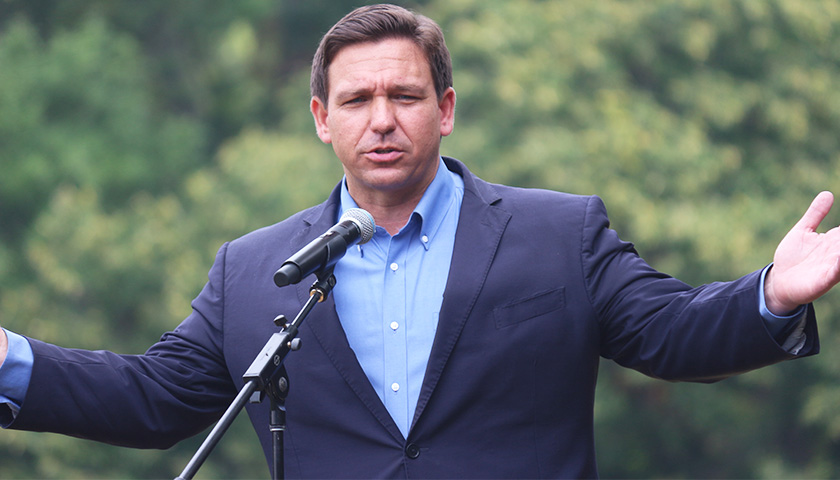 “There’s concern growing around the United States that China is buying up an enormous amount of land, both residential and farmland. And I know, there are plenty of pieces written about the Chinese purchases of residential real estate, driving the prices up here in Florida. Do you have any concerns about that?” Ingraham asked DeSantis.

“I don’t think they should be able to do it,” DeSantis said. “I think the problem is these companies have ties to the CCP, and it’s not always apparent on the face of whatever a company is doing – but I think it’s a huge problem.”

DeSantis and the Florida Legislature have taken measures to try and limit the influence of the Chinese Communist Party in American institutions. For example, in 2021, DeSantis signed legislation that would ban Confucius Institutes, which enable communist thought to take root in American universities.

The Confucius Institutes have also been long considered groups that harbor spies backed by the Chinese Communist Party.

“Make no mistake – China is a hostile foreign power, and every governor has the responsibility to protect their education system, and every other entity within their purview, from the espionage and commercial theft undertaken by the Chinese Communist Party,” DeSantis said in a press release. “While China remains the biggest threat, numerous countries are working to infiltrate our state and nation. By signing these bills today, we are taking action to ensure foreign adversaries will not have unfettered access to our schools, government, and companies.”

A former University of Florida professor was indicted in 2021 on charges of wire fraud and failure to disclose his ties to China. The professor obtained a $1.75 million federal grant from the National Institutes of Health. The Department of Justice said the professor received support from the Chinese government and also promoted his own company backed by American taxpayer dollars.

Grant Holcomb is a reporter at The Florida Capital Star and The Star News Network. Follow Grant on Twitter and direct message tips.
Photo “Ron DeSantis” by Matt Johnson. CC BY 2.0.