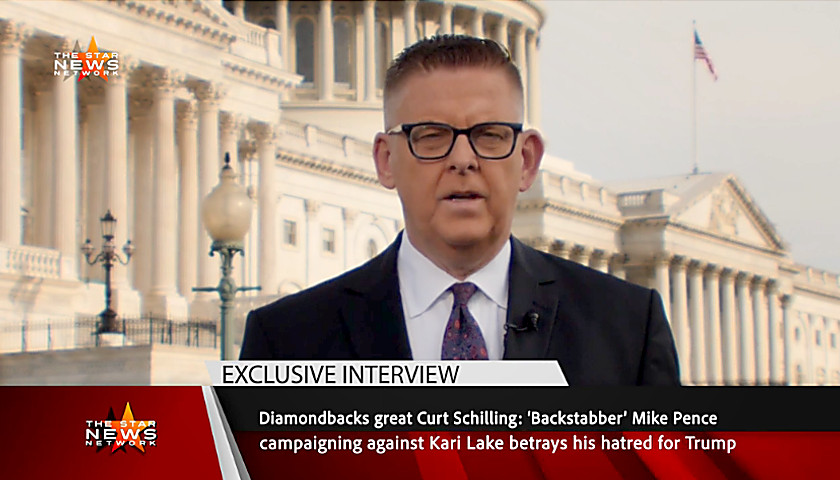 Schilling said that as a fellow Christian, he thought Pence was a good partner for Trump, but in the end, believes that Pence stabbed Trump in the back.

McCabe: Vice President Mike Pence is once again campaigning against a candidate endorsed by his old boss, President Donald J. Trump. This time it’s GOP Arizona gubernatorial hopeful Kari Lake. Tennessee farmer Curt Schilling, one of the greatest and toughest pitchers to ever take the mound, told The Arizona Sun Times and The Star News Network his take on Mike Pence’s visit.

Schilling: The problem with the Mike Pence visit to Arizona is that anybody I think with 15 or more IQ points sees this as a, I-still-hate-Donald-Trump visit.

McCabe: The six-time all-star, who was part of three world championships, including one for the Arizona Diamondbacks, said Pence’s refusal to support challenges to the 2020 election were a major disappointment.

Schilling: His legacy is going to be that he backed down and had no spine at the moment the country needed him most. And I can’t fathom – again, as a fellow Christian, that crushes me to say that, because I thought he was my backup and he turned out to be a backstabber.

McCabe: The man who pitched 83 complete games said he wished Pence saw what he and Kari Lake saw happen right in Arizona.

And that’s exactly what happened in the Arizona election. And again, go to Kari’s Wikipedia page, because it’s hilarious how bad they lambaste her because she saw it happen.

McCabe: Shilling said he still has connections to Arizona, where he played for four seasons, and he is amazed that Arizona has become a battleground state.

Schilling: So I just came back from Phoenix and I was blown away by the volume of signage on the street. It looks like a small-town school board election.

McCabe: While Pence has committed to campaign for Kari Lake’s opponent in the August 2nd GOP gubernatorial primary, Trump’s scheduled visits for Lake have been put on hold as the Trump family mourns the passing of his first wife. Reporting for The Arizona Sun Times and The Star News Network, Neil W. McCabe, Washington.