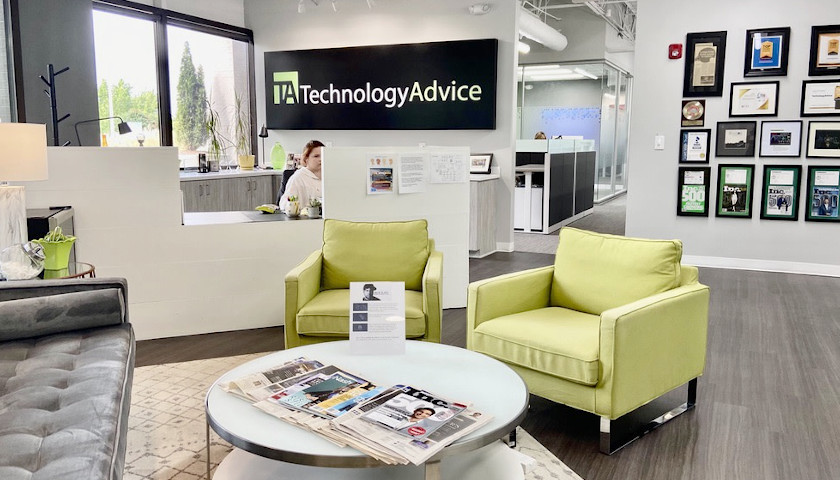 TechnologyAdvice, LLC officials announced this week that the company would invest $2.7 million to expand its headquarters and other back-office functions in Nashville, Tennessee.

.@Technology_Adv will expand its headquarters and other back-office functions at the company's Perimeter Hill Drive location in Nashville.

Through this project, the full-service marketing company will create a total of 350 new jobs in Davidson County. https://t.co/ncb4go1GD0 pic.twitter.com/S2t0ZLapCK

“We are proud to be a company founded in Tennessee and to grow our impact locally with top talent,” TechnologyAdvice, LLC Founder and CEO Rob Bellenfant said in a statement. “As our business and employee footprint expands across the globe, we remain committed to investing in the region and fostering growth in the community that gave us our start.”

TechnologyAdvice is a business-to-business (B2B) technology marketing platform that delivers marketing and data information to technology companies, helping them find their ideal clients, according to a press release by the Tennessee Department of Economic and Community Development (TNECD).

TechnologyAdvice’s headquarters is located at 3343 Perimeter Hill Drive in Nashville. The company’s expansion will create 350 new jobs in Davidson County over the next five years, TNECD notes. With the additional 350 new jobs, TechnologyAdvice will more than double its total employment across its operations in Australia, Asia, Europe, and the U.S.

“Our strong business climate and skilled workforce have contributed to the growing roster of data and tech companies that call Tennessee home,” Tennessee Governor Bill Lee said in a statement. “I thank TechnologyAdvice for its continued investment in Davidson County and commitment to creating new jobs for Tennesseans.”

TNECD Commissioner Stuart McWhorter also released a statement on the company’s investment announcement, saying, “As a hub for innovation and technology, Tennessee provides its data and tech companies with the ideal climate for growth. We appreciate TechnologyAdvice’s decision to expand its Nashville headquarters and back-office operations and look forward to seeing this company’s continued success.”

TechnologyAdvice was recently named to the Inc. 5000 list of America’s Fastest-Growing Private Companies for four consecutive years. In 2019, the company also received a Nashville Business Journal Small Business Award and was named the Market Mover in the Nashville Chamber’s NEXT Awards, as well as being honored as a Tennessee Top Workplace in 2019, 2020, and 2021.

Kaitlin Housler is a reporter at The Tennessee Star and The Star News Network.
Photo “TechnoloyAdvice Office” by TNECD.