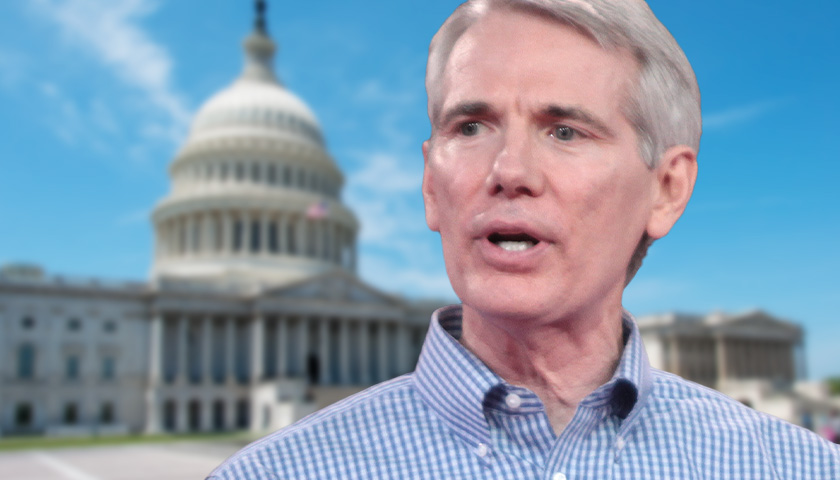 In response to this week’s news of the consumer price index rising to 9.1%, Republican U.S. Sen. Rob Portman of Ohio gave a blistering summation and offered direction to the Biden administration.

Portman said numbers provided for Ohio indicate residents are spending an additional $8,300 a year on energy needs, food and clothing. Jonathan Church at the Bureau of Labor Statistics, contacted by The Center Square, responded in an email for response to getting state-specific index numbers, “The CPI program does not produce state-level indexes.”

It was unclear from a release where Portman obtained his information. He did, however, get plenty of it from constituents.

“I was home over the break to talk about other issues but pretty much everybody got around to inflation, no matter what the other topic was that we talked about,” he said in a release. “And this is something that, unfortunately, is going to get worse, not better, unless we change policies.”

Portman, in office since 2011, said helping the supply side of the economy is necessary, and that includes producing more fossil fuels, and all forms of energy. Those measures, he believes, will spread relief on gas prices and utility bills. He advocated for pro-growth policies.

“Remember,” he said of the years prior to the COVID-19 pandemic, “during that time period we had low inflation and we had a strong and growing economy. We had 3% wage growth every month, at least, for the 19 months prior to the pandemic. Now we see just the opposite. Wages are growing but not nearly as fast as inflation.”

He said more stimulus spending, which would tax small businesses, is not the way to go. (His full statement is here.)

Democratic Sen. Sherrod Brown, in office since 2007, did not have comments on the CPI report on his website or Twitter page. President Joe Biden, who took office 18 months ago, called the inflation rate “out of date.”

Alan Wooten has been a publisher, general manager and editor. His work has won national or state awards in every decade since the 1980s. He’s a proud graduate of Elon University and Farmville Central High in North Carolina. Wooten is managing editor for The Center Square.
Photo “Rob Portman” by Gage Skidmore. CC BY-SA 2.0. Background Photo “U.S. Capitol” by Mark Fischer. CC BY-SA 2.0.