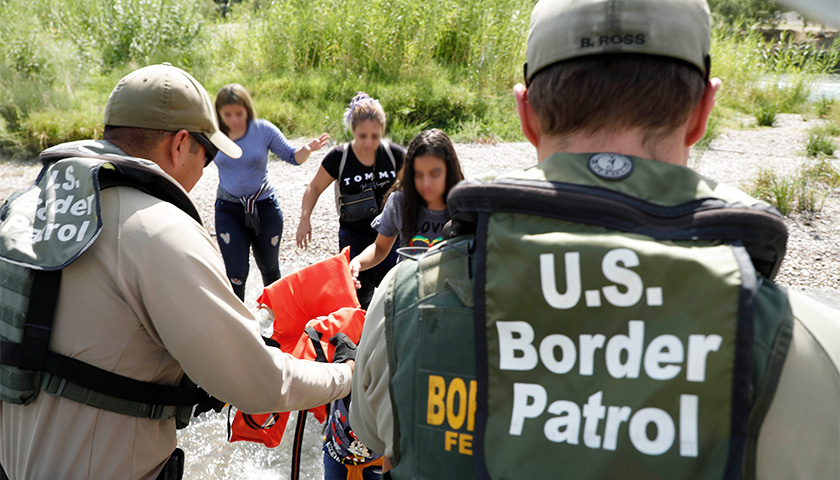 The number of migrants encountered at the U.S.-Mexico border decreased in June, but remained at a historic high, according to numbers released by U.S. Customs and Border Protection (CBP) Friday.

CBP encountered 207,416 migrants at the southern border, a 14% decrease compared to May. There were 92,274 migrants immediately expelled under Title 42, the public health order activated during the COVID-19 pandemic, in June.

The encounters are the highest number recorded for the month of June, compared to the same month dating back to 2000.

BORDER REPORT: The first group of migrants I encountered last week in Yuma, AZ were from China, Peru, Georgia, Venezuela, Cuba, and India

Only a few dozen migrants out of the ~1,500 crossing each day into the Yuma border sector are being returned under Title 42 pic.twitter.com/iqdwAX0QKH

“My message to those considering taking this dangerous journey is simple: this is not an easy passage, the human smugglers only care about your money – not your life or the lives of your loved ones, and you will be placed in removal proceedings from the United States if you cross the border without legal authorization and are unable to establish a legal basis to remain,” CBP Commissioner Chris Magnus said in a statement.