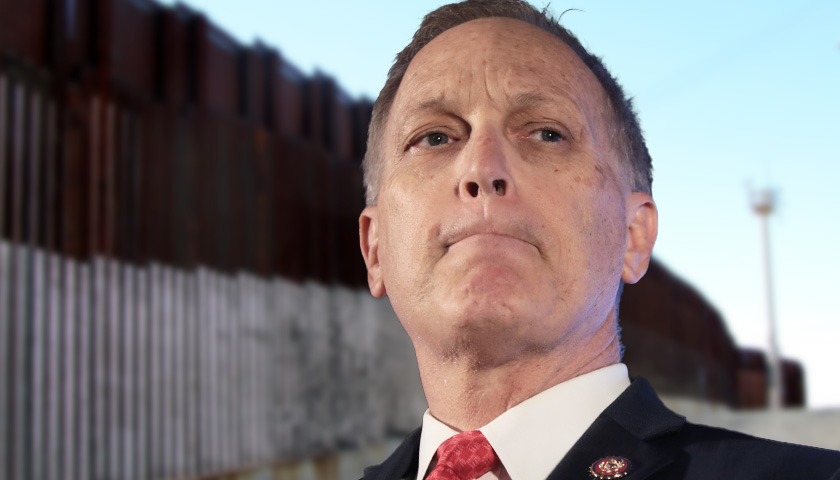 “The Biden Administration is now savagely transporting alien minors in federal custody to receive abortions,” Biggs said in a press release. “This outrageous use of federal resources to transport minors across state lines for abortions or otherwise providing or facilitating abortions in DHS or HHS custody is a heinous act and must be stopped.”

Biggs’s letter, which 21 other House Republicans cosigned, including Arizona Representative Debbie Lesko (R-AZ-04), briefly outlines a report from Reuters, which states that “Biden officials are exploring ways to provide abortion access for women and girls in U.S. immigration custody in states with bans,” according to an anonymous tip given to Reuters

The article outlines that calls to a national abortion assistance hotline flooded in from Texas after the landmark Roe v. Wade overturn by the Supreme Court. The calls reportedly came from Hispanic women without a legal immigration status who feared being deported if they attempted to leave Texas and travel to a state without an abortion ban. In response, over the past nine months, “U.S. health officials have been flying or driving minors from Texas shelters to other states for abortions.”

Following the news, Biggs and other Republicans ask Mayorkas and Becerra several questions, demanding answers by July 29th. Questions include how many immigrants have been transported by both departments, how many of the transported women were underage, how much money has been spent on transportation, who is paying for the abortions, and a request for all documents related to the transportation of immigrants and any that show the use of federal funds to do it.

According to National Review, the HHS has been trying to avoid placing unaccompanied children (UC) who are pregnant in Texas since last year.

An HHS Field Guidance document from October 2021 warned employees of Texas Senate Bill (S.B.) 8, known as the Texas Heart Beat Bill, outlawing most pre-viability abortions in the state unless the procedure is necessary to protect the mother’s life. Typically, the Office of Refugee Resettlement (ORR) attempts to place UC in a care center close to where the DHS apprehended them. However, under the document, ORR intakes must “to the greatest extent possible” place UC in care centers outside the state of Texas.

While it is unknown how many minors have been transported for an abortion, HHS statistics share that, as of February, there were an average of 9,990 children under its care and 3,432 of them were female.

Furthermore, according to U.S. Customs and Border Protection, over 98,000 UC / single minors have been encountered along the southern border during the 2022 Fiscal year, with most encounters occurring at Rio Grande Valley in Texas.