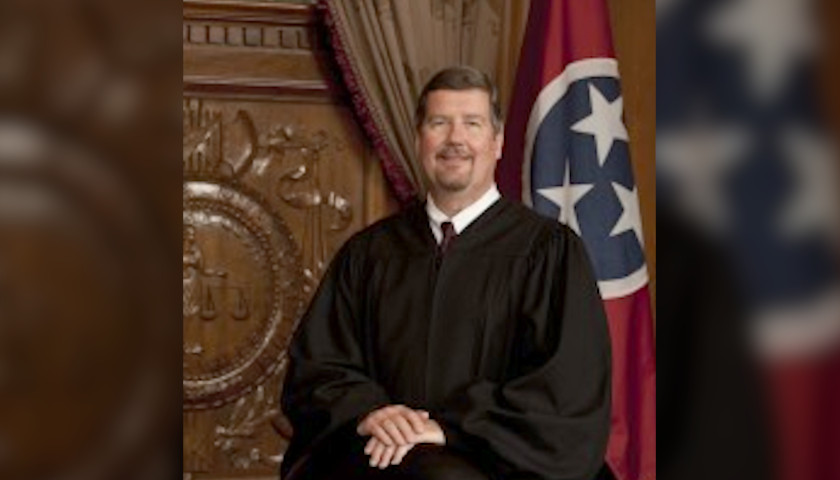 The application period for Tennessee’s next attorney general opened Friday.

In a unique process, unlike in any other state, the position of attorney general is not an elected office in Tennessee. Rather, the person who holds the position is appointed by the Tennessee Supreme Court.

With that, The Tennessee Star is doing a deep dive into the justices who will be selecting a replacement for Attorney General Herbert Slatery III, whose eight-year term expires on September 1.

Chief Justice Jeffrey S. Bivins was sworn in as a member of the Tennessee Supreme Court on July 16, 2014, after being appointed to the position by former Governor Bill Haslem (R).

Supreme Court justices are elected officials in Tennessee unless a justice is unable to finish his or her term, in which case the governor can appoint a justice to finish out that term.

Bivins, a Republican, was elected to the remainder of the full term in August 2016 and was voted Chief Supreme Court Justice by his colleagues in September of that year.

He went on to attend Vanderbilt Law School, where he graduated with his Juris Doctorate in 1986.

After graduation, he went into private practice at Boult, Cummings, Conners & Berry, Nashville, where he worked from 1986 to 1995. He would do a second stint at the firm, which no longer appears to be in practice, from 2001 to 2005.

In 2005, he was again appointed as circuit court judge for the 21st Judicial District of Tennessee, covering Williamson, Hickman, Lewis, and Perry Counties. He was later elected to a full eight-year term in 2006, where he served until his appointment to the Tennessee Supreme Court in 2014.

“Prior to his appointment to the Supreme Court, Justice Bivins served on the Board of Judicial Conduct and its predecessor, the Court of the Judiciary,” according to his official biography page. “Justice Bivins also previously served on the Tennessee Judicial Evaluation Commission. He is a member of the John Marshall American Inn of Court, having served as President from 2003-2008, and the Harry Phillips American Inn of Court.”

Bivins is also a former member of the Williamson County Commission.

Most recently, Bivins wrote the opinion in Robert Starbuck Newsom a/k/a Robby Starbuck v. Tennessee Republican Party et al., wherein he and the state Supreme Court decided that Starbuck was ineligible to be on the ballot for Tennessee’s 5th Congressional District Republican Primary.