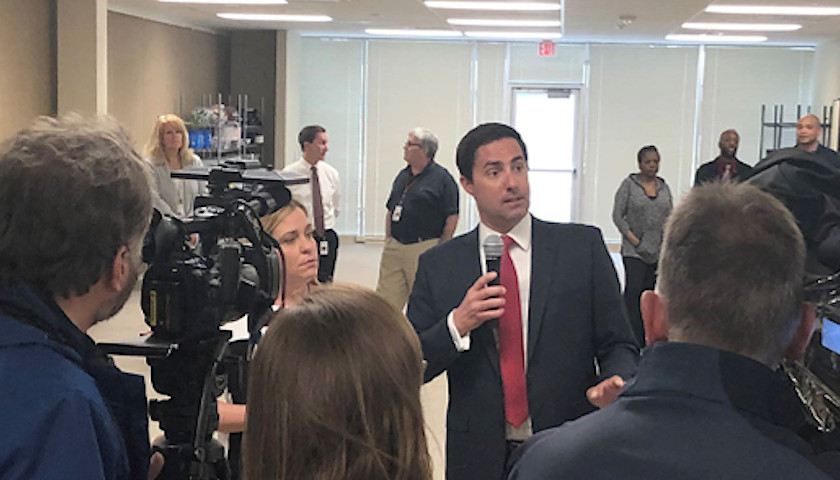 Ohio Secretary of State Frank LaRose (R) announced this week that the state Board of Education district boundaries would conform to the plan Gov. Mike DeWine (R) issued in January, spurring objections from Democratic lawmakers.

Nineteen individuals sit on the state Board of Education, with 11 of them standing for election. Five of the elected seats are up in this fall’s general election and those wishing to run must file by August 10.

Those new Senate districts, however, have changed since January, having been thrown out by the seven-member state Supreme Court. Although nominally controlled by Republicans, Chief Justice Maureen O’Connor sided with the court’s three Democrats on the redistricting cases, arguing the maps were gerrymandered to favor Republicans.

The plan was replaced with a new Senate map approved 4-3 by the Ohio Redistricting Commission on February 24 but that plan was again rejected by the Supreme Court on March 7. The process would repeat several times with the court dismissing the commission’s maps.

In May, conservative judges on the U.S. Sixth Circuit Court of Appeals settled the issue by finalizing the maps the commission redrew in February. But although the Senate maps have changed since January, the Board of Education maps remain the same.

Leaders of the minority Democratic caucuses in the state House of Representatives and Senate are urging DeWine to redraw the Board of Education districts to conform to the Senate-district map imposed by the circuit court.

“The August 10 deadline for candidates to run in these districts is fast approaching,” Senate Minority Leader Kenny Yuko (D-Painesville) and House Minority Leader Allison Russo (D-Columbus) wrote to the governor on Thursday. “However, candidates cannot collect signatures if they don’t know the boundaries of the districts. It is also unclear how the Secretary of State’s office could certify petition signatures for districts that do not match the districts in the system for this election.”

DeWine’s office has said the governor does not believe the law enables him to change Board of Education districts after January 31.

“There is no apparent authority in statute for the governor to designate State Board of Education districts for this round of apportionment after Jan. 31, 2022,” DeWine spokesman Dan Tierney told the press this week.