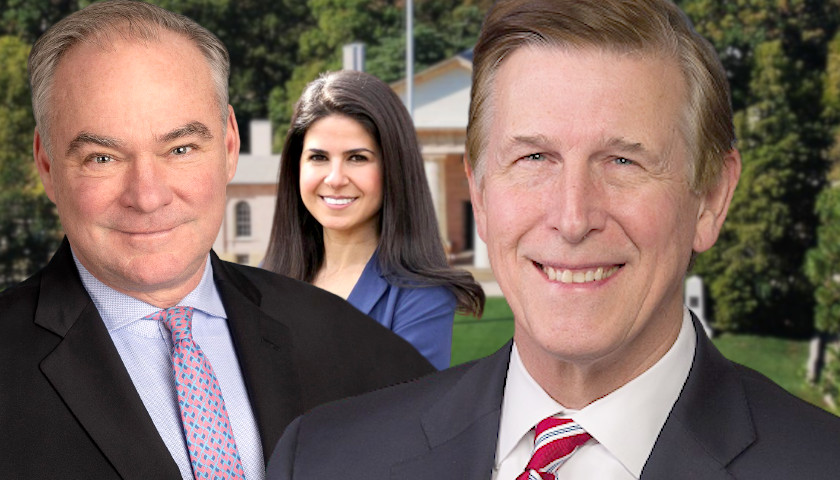 “As our country and our Commonwealth grapple with the history of racism and slavery and engage in a long-overdue reexamination of public symbols, we have an opportunity to make it clear that we do not revere Confederate leaders or condone the enslavement of human beings,” Beyer said in a press release.

Kaine said in the release, “If we are serious about ending racial disparities, we need to stop honoring those who fought to protect slavery.”

He added, “I’m proud to be part of the effort to rename Arlington House, and am going to keep fighting for the kinds of reforms we need to create a society that delivers liberty and justice for all.”

According to a National Park Service explanation, Congress recognized the site as a national memorial in 1955 and in 1972 renamed the site to its current designation – honors recognizing Lee’s post-Civil War work to promote unity.

Beyer also called for redesignating the site in 2020, and since then has met with Arlington House descendant family members, including descendants of enslaved people, as well as with local officials and the Arlington Historical Society.

“I’m extremely proud that our collective voices have helped to get this bill reintroduced,” said Syphax family descendant Stephen Hammond, spokesperson for the Arlington House descendants. “Descendant family members are hopeful that this name, ‘Arlington House National Historic Site,’ and the conversations that follow will help broaden the narrative that has been focused primarily on one individual and will increase public awareness of the complete history of the Arlington House Plantation. There is a great deal to be learned at this historic site.”

Beyer said, “Congress should never approve or celebrate violent insurrection against the United States government. Robert E. Lee himself opposed erecting Confederate monuments, and the site was chosen to punish his rebellion against the lawful government of the United States. Arlington House has a larger history which deserves memorialization and reflection, and it is therefore fitting and just that Congress remove the designation of Arlington House as a memorial to Robert E. Lee.”

Beyer is facing a long-shot challenge from GOP nominee Karina Lipsman, and the renaming of the site is part of a broader discussion happening on a local level around renaming streets in northern Virginia.

“This is an important topic of debate and conversation. However, it is not something that impacts the daily life of a resident in Virginia’s 8th district, nor is it something I hear Northern Virginians complaining about daily. Those are the issues that Don Beyer should be focusing on,” Lipsman said in a statement to The Virginia Star.

“When I am in the community, I hear concerns about inflation, which the Biden-Beyer economy is exacerbating; the rampant crime and violence in our communities, that Pelosi-Beyer inflame with their anti-police rhetoric; and the Northern Virginia corrupt school system that covers up sexual violence from parents. These are the real issues that are impacting our constituents and the issues I am focused on. But I guess when you’re responsible for doubling-down on Biden’s vastly unpopular agenda and mocking the very real concerns about rising costs back in 2021 on Twitter, you are forced to talk about literally anything else,” Lipsman said.

“This is not legislating, this is not courageous, this is the political elite pandering to a specific audience that out-of-touch Don Beyer sits around a catered table in his multi-million-dollar mansion discussing. As the only Ukrainian-minority-refugee-immigrant running for Congress in this country, I am focused on making everyone’s lives better so all can experience the American Dream as I did, not meddling in the local renaming of historic sites,” she said.

Eric Burk is a reporter at The Virginia Star and The Star News Network. Email tips to [email protected].
Photo “Karina Lipsman (Center)” by Karina Lipsman.