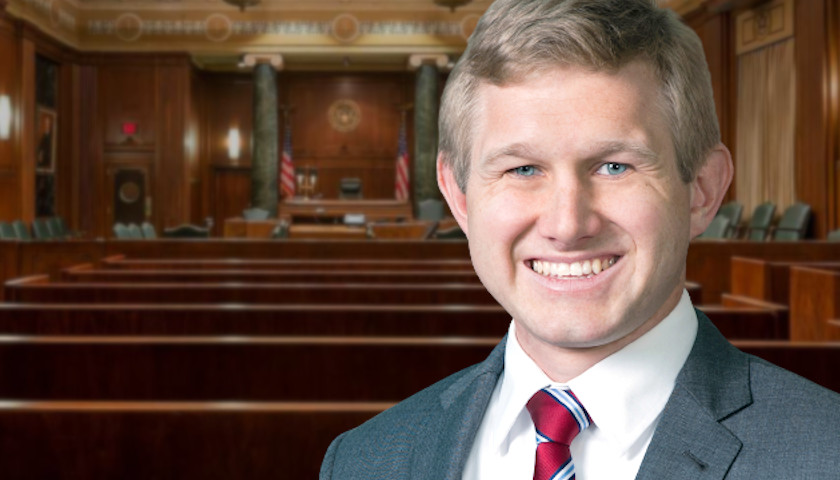 Georgia is set to swear in its new Supreme Court justice next week.

“The Honorable Andrew A. Pinson will be sworn in as a Justice of the Supreme Court of Georgia on Wednesday, July 20, at 1 p.m.,” said a release from the state Supreme Court’s website. “Gov. Brian Kemp will administer the oath of office in the House Chamber of the State Capitol Building.”

“Judge Pinson most recently served on the Georgia Court of Appeals, the state’s intermediate appellate court,” the release said.

According to his appellate court biography, Pinson is a native of DeKalb County who completed both his undergraduate studies and law studies at the University of Georgia.

“In law school, Judge Pinson served as the Executive Articles Editor of the Georgia Law Review and research assistant to Professors Dan T. Coenen and Peter “Bo” Rutledge,” according to his biography. “He also interned for the Executive Counsel in the Office of Governor Sonny Perdue, and he worked for Jones Day in Atlanta and Fortson, Bentley, & Griffin in Athens as a summer associate and law clerk, respectively.”

Pinson graduated first in his class at the University of Georgia School of Law.

After law school, Pinson clerked for U.S. Court of Appeals for the District of Columbia Circuit then-Chief Judge David B. Sentelle. That court is often called the nation’s second-highest court, just below the Supreme Court.

He then clerked for U.S. Supreme Court Justice Clarence Thomas, who was part of the recent group of SCOTUS Justices to overturn Roe v. Wade, causing outrage among the political left.

“Judge Pinson serves on the Chief Justice’s Commission on Professionalism, where he helped stand up a new program that awards grants to promote legal professionalism in Georgia. He also serves on the Supreme Court of Georgia’s Lawyer Competency Task Force, the University of Georgia School of Law’s Young Alumni Council, and the Executive Board of the Atlanta Chapter of the Federalist Society.”

Pete D’Abrosca is a reporter at The Georgia Star News and The Star News Network. Email tips to [email protected].
Photo “Andrew Pinson” by University of Georgia.