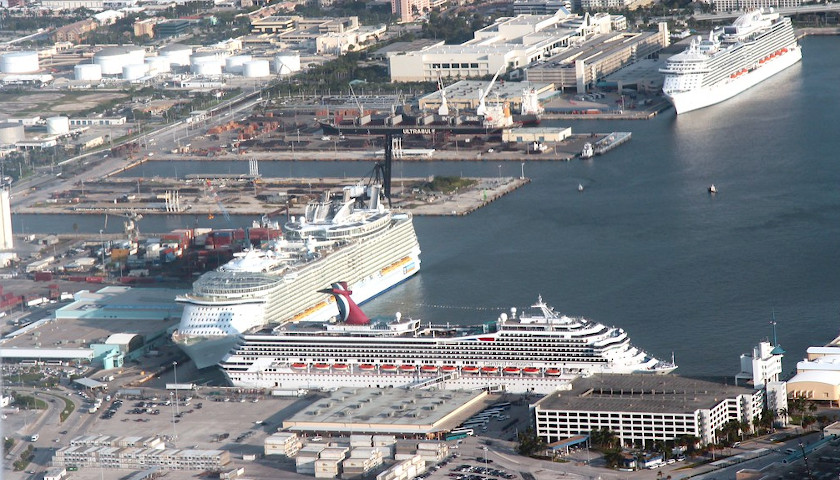 According to an industry report, cargo handled by Florida ports was up over 100 percent in 2021 when compared to 2020.

The report notes that, from a total tonnage perspective, year-over-year two-way, inbound, and outbound cargo rose 118.3 percent in 2021 compared to 2020.

The report notes that, due to West Coast labor issues and lingering global supply-chain issues, “a re-alignment of global trade routes is clearly underway, and Florida ports are strategically positioned to take maximum advantage of this opportunity.”

“In the near term, Florida ports can be a relief valve for cargo vessels frustrated by long waits elsewhere at congested ports,” the report said. “Long term, it is believed that our ports will benefit when U.S. port congestion in general eases, as it will allow major ocean carriers to focus on strategic decisions such as adding ports to permanent port rotations, rather than focusing their attention on more immediate issues.”

An integral part of this positioning is a combined five-year capital improvement plan for Florida’s seaports that totals more than $4.5 billion from 2020-2024. These plans include channel and harbor deepening, land acquisition, intermodal connections and terminal development and improvements.

Most of the work is planned for PortMiami, Port Tampa Bay, SeaPort Manatee, Port Everglades and JAXPORT, with $1.905 billion in projects across the state intended to address supply-chain issues such as cargo terminal expansions and technology.

Michael Rubin, president and CEO of the Florida Ports Council, said the overall numbers will continue to improve as 2022 data is compiled for next year’s report, though the cruise industry might not meet 2019 levels until 2024.

In addition to cargo, Florida ports play a major role in the state’s tourism industry. In 2019, the year before COVID, the U.S. cruise industry recorded 8.2 million people getting on cruise ships.

“Before COVID, the cruise industry spent a lot of money on building bigger and nicer vessels. So they’re looking to fill those,” Rubin said.

“The numbers are up,” Rubin continued. “We had a concern that when it first started, they were going out half-empty. And now I think the numbers are there, they’re at least 75 percent, but not 100 percent.”

Steve Stewart is a senior contributor at The Florida Capital Star.
Photo “Port Everglades” by Thank You (22.5 Millions+) views. CC BY 2.0.