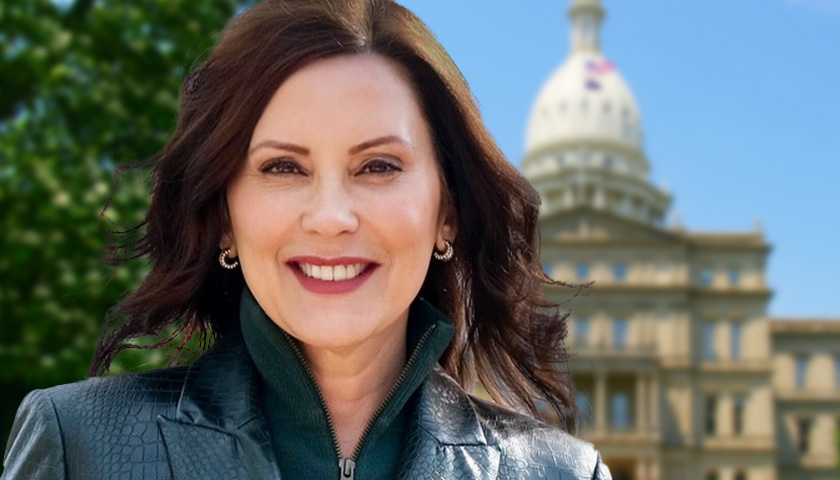 Gov. Gretchen Whitmer is touting the $77 billion 2023 fiscal year budget that she says will improve Michigan’s economy and workforce.

Whitmer bragged that the budget negotiated with Republicans doesn’t raise taxes. However, it also keeps $7 billion of taxpayer money locked in state coffers while spending another $7 billion more than the prior budget.

“This budget makes bold investments that will grow our economy, upskill our workforce, and create jobs in communities across Michigan,” Whitmer said in a statement. “It will make a difference for small business owners, job-seekers, and workers who want to go back to school to get a postsecondary degree or skills training. It will help us spur investment in every region of Michigan, boost tourism, and ensure that if you can buy it in a farmer’s market, it’s grown right here in Michigan. This budget is proof of what’s possible when we put working families and communities first and stay focused on getting things done.”

Economy & Workforce Budget by the Numbers

The budget chases Whitmer’s goal of having 60% of Michiganders achieve a postsecondary degree or skills training certificate by 2030. The budget allocated $251 million to economic development, including $1 million for a “Buy Michigan” campaign to support local products. However, one analyst argues that much of the $251 million in projects don’t align with Michiganders’ priorities.

The budget allocated $10 million to reduce barriers to employment, which, paired with workforce training, could help Michigan businesses find workers. Michigan has more than 10 million residents, but only 4.7 million are in the workforce, leaving many jobs open.

“Michigan’s leaders are investing in the priorities that matter to Michigan businesses,” Sandy Baruah, the resident and CEO of the Detroit Regional Chamber of Commerce, said in a statement. “Employers are crying out for talent and investing in programs that have proven records of success like Reconnect and Going Pro will help employers fill urgent talent gaps.”

“Visitation to the Upper Peninsula proved critical to local businesses remaining open during the pandemic,” Estler said in a statement. “The $40 million budget will directly benefit the Upper Peninsula in addition to the entire state by providing a more robust marketing, public relations and co-op program that many of the smaller destinations in the UP can participate in and further maximize their advertising dollars.”

Scott McClallen is a staff writer covering Michigan and Minnesota for The Center Square. A graduate of Hillsdale College, his work has appeared on Forbes.com and FEE.org. Previously, he worked as a financial analyst at Pepsi.
Photo “Gretchen Whitmer” by Gretchen Whitmer. Background Photo “Michigan Capitol” by Catherine Ottarson. CC BY-SA 4.0.