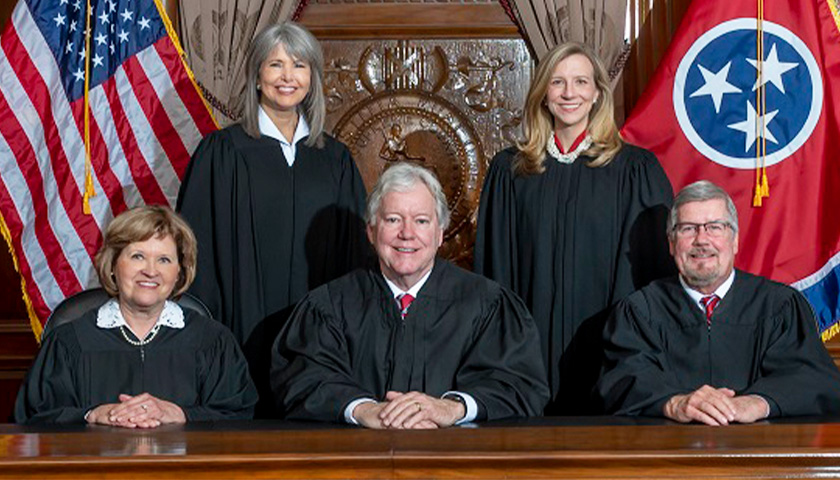 All of the Tennessee State Supreme Court justices will have their retention elections take place on August 4.

These justices are appointed by the governor and confirmed by the General Assembly. In turn, they are empowered to appoint the state’s attorney general, which they will when current Attorney General Herb Slatery III leaves office at the end of August.

Retention elections differ than normal elections. The only choice next to the justice’s name is a vote to retain or not to retain.

The Tennessee Star previously reported the position of chief justice rotates among the members of the body, similarly to the mayor or senior member of some city councils or local county legislative bodies in certain states.

The current system of appointment came into existence in 2014. Article VI of the Tennessee Constitution describes the process.

Section 3. Judges of the Supreme Court or any intermediate appellate court shall be appointed for a full term or to fill a vacancy by and at the discretion of the governor; shall be confirmed by the Legislature; and thereafter, shall be elected in a retention election by the qualified voters of the state. Confirmation by default occurs if the Legislature fails to reject an appointee within sixty calendar days of either the date of appointment, if made during the annual legislative session, or the convening date of the next annual legislative session, if made out of session. The Legislature is authorized to prescribe such provisions as may be necessary to carry out Sections two and three of this article. Every judge of the Supreme Court shall be thirty-five years of age, and shall before his election, have been a resident of the state for five years. His term of service shall be eight years.

According to the Tennessee Court’s communications office, all of the appellate court judges, including the state Supreme Court are on the ballot every eight years.

Additionally, all of the judges in lower courts are on the ballot this year.