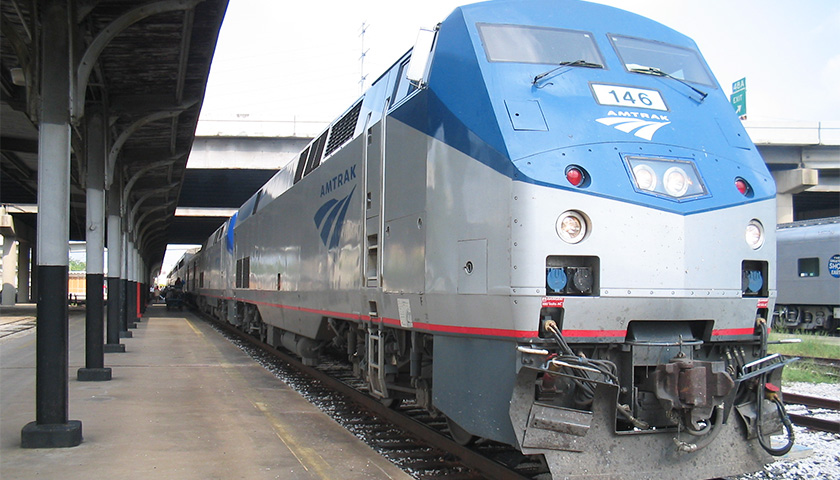 “I commend VPRA, Norfolk Southern, and Amtrak on their diligent work to launch this additional roundtrip to Roanoke, at a time when travelers need it the most,” Virginia Secretary of Transportation Sheppard “Shep” Miller III said in a press release. “As traffic in the Commonwealth continues to grow, it’s clear that we need smart options to meet the transportation needs of all Virginians. By increasing rail service to and from the Blue Ridge, we are providing another option and making travel through the Commonwealth easier and more cost-effective.”

During the 2020 shutdowns, ridership dropped, and Amtrak suspended some of its trains.

VPRA Communications Manager Karina Romero told The Virginia Star, “In regards to your question regarding ridership, we have seen ridership bounce back and even exceed pre-pandemic levels on our Roanoke and Norfolk routes. We were hoping that would be the case but we weren’t sure what to expect.”

“With a 7.8 percent increase in ridership on the Roanoke route in May compared to May of last year, it’s clear that Virginians in the Blue Ridge region value rail as a transportation option,”  Virginia Passenger Rail Authority (VPRA) Executive Director DJ Stadtler said in a release. “This second roundtrip will provide more flexibility for those traveling to and from Washington and points north, including Philadelphia, New York, and even Boston.”

In 2017, Amtrak expanded service to Western Virginia, adding the first route to Roanoke.

“In 2017 the service was extended to Roanoke and ridership continued to grow with more than 220,000 passengers traveling in FFY2019 (pre-pandemic). In April and May of 2022 ridership on the Roanoke Route surpassed the record ridership of the same months in 2019,” a June press release from VPRA states.

In 2020, the General Assembly created the VPRA to expand passenger service in Virginia. The Commonwealth is partnering with railroads, and the new train to Roanoke is done as a partnership with the Norfolk Southern Corporation.

On June 30, the VRPA and Norfolk Southern announced the completion of the Western Rail Initiative Agreement, which includes a potential station in Bedford and eventual expansion to the New River Valley alongside the new Roanoke train.

“Today’s closing marks the future of rail in the Commonwealth of Virginia. Together, we have reached an agreement that expands access for passengers and preserves an important link in the supply chain for businesses that rely on freight rail to ship base materials and finished products. The partnership of our government leaders was critical to making this plan a reality and we appreciate their commitment to the people and economy of Virginia’s Blue Ridge,” Norfolk Southern Senior Vice President and Chief Strategy Officer Mike McClellan said in the June release.

Eric Burk is a reporter at The Virginia Star and The Star News Network. Email tips to [email protected].
Photo “Amtrak” by DanielHolth.