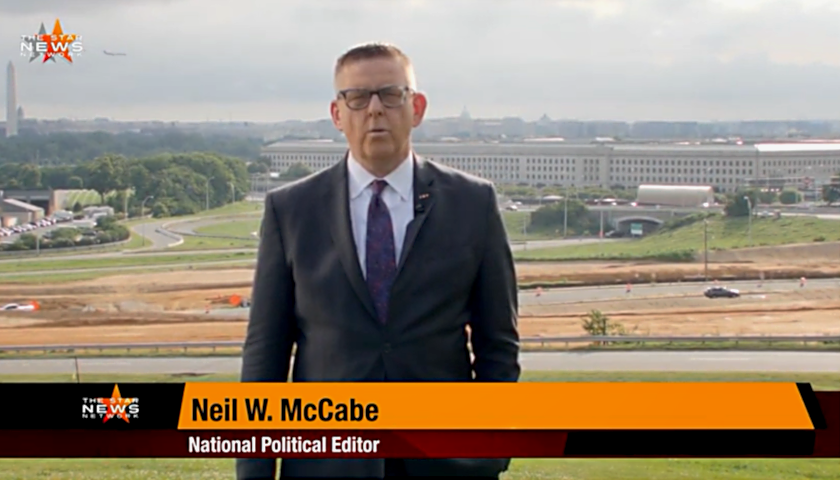 Timmons said he knows personally of incidents where Army doctors have been dismissed from their duties after they granted their soldier-patients medical exemption from the mandate. Later, leaders rescinded those exemptions.

McCabe: Army National Guardsmen and other soldiers who have requested a medical exemption from Big Army’s COVID-19 vaccine mandate continue to serve as they await a decision.

Attorney and former Army JAG officer Sean Timmons told The Star News Network work that this process is corrupted by military leaders who overrule doctors and rescind medical exemptions those doctors have granted.

Timmons: We’ve seen senior military commanders who are overruling independent physicians and putting them under duress to change their medical opinion. That to me is an unethical and unlawful action.

I’ve seen it across different army installations, so individual physicians and their duty to care for their patients are conducting examinations and saying, yes, I agree you should be given a medical exemption. I need a waiver for mandatory vaccination.

McCabe: Timmons said he has personal knowledge of an army doctor who was dismissed from his duties after the doctor signed off on a medical exemption based on the danger the COVID-19 vaccine posed to one of his soldier patients.

Timmons: That physician was removed from his job and then overruled, and they made the soldier see another doctor who then complied with the mandate from higher command to deny medical waivers and medical exemptions.

McCabe: The partner at Tully Rinckey said the treatment of that physician was beyond unethical. It was illegal.

And by just having a doctor rubber stamp whatever action the command once is not complying with this ethical duty to provide care independent of duress from unethical actors.

McCabe: Timmons said he and other lawyers at his firm have successfully argued in front of some separation boards that the mandate itself is an unlawful order.

Timmons: The COVID-19 vaccine directive to take the shot that’s being provided at this time is an unlawful order because it is a medication, not really a vaccine, and if the medication is experimental and it is not effective to the extent advertised.