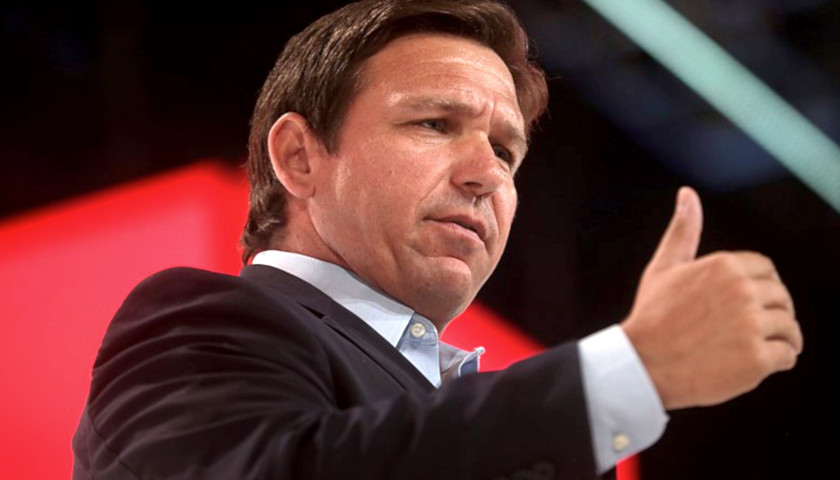 Florida Governor Ron DeSantis (R), in the last couple of weeks, vetoed a piece of legislation that would have presumed 50-50 custody sharing of children from divorced families. SB 1796 was called the Dissolution of Marriage bill and would have ended permanent alimony payments.

DeSantis vetoed the bill because of a constitutional issue.

“If CS/CS/SB 1796 were to become law and be given retroactive effect as the legislature intends, it would unconstitutionally impair vested rights under certain pre-existing marital settlement arrangements,” DeSantis said.

DeSantis’ reasoning did not expressly state opposition to the reform nature of the legislation, but simply the constitutionality.

The Florida Legislature had previously passed similar legislation during then-Gov. Rick Scott’s tenure in the Governor’s Mansion. In 2013, Scott vetoed a permanent alimony bill and again in 2016. Questions of constitutional muster were raised during each occurrence.

The Florida Constitution prohibits retroactive application of the law, and it would have nullified previous divorce arrangements.

Opponents of the legislation made this point during debate when the bill was up for consideration during the 2022 Legislative Session earlier this spring.

“Proposed changes to alimony in this bill are retroactive and will affect existing and pending awards of alimony, impacting countless marital settlement agreements and final judgments,” said Heather L. Apicella, chair of the Family Law Section of the Florida Bar. “This sets a dangerous precedent for contractual agreements in Florida, and we are deeply concerned that this public policy erases equitability and sets up a system that heavily favors one party, while damaging the other unnecessarily. It will also result in prolonged litigation, drive the cost of divorce up and cause backlogs in an already overburdened family court system.”

Right-leaning site The Federalist asked if DeSantis would support the reform aspects of the legislation outside of the retroactive constitutional issues, but DeSantis’ administration deferred and noted DeSantis’ track record on Florida’s fatherhood crisis.

Backers of the legislation said the state’s alimony laws would have received a much-needed update.

“This bill also protects children and allows both parties to retire with dignity, while giving the courts discretion to protect vulnerable alimony recipients,” Marc Johnson of Florida Family Fairness wrote in a March 2022 statement.

Conservative commentators have begun raising red flags about DeSantis’ chops as a conservative in response to the veto, saying “Americans’ ‘conservative’ leaders are at their core anti-family.”