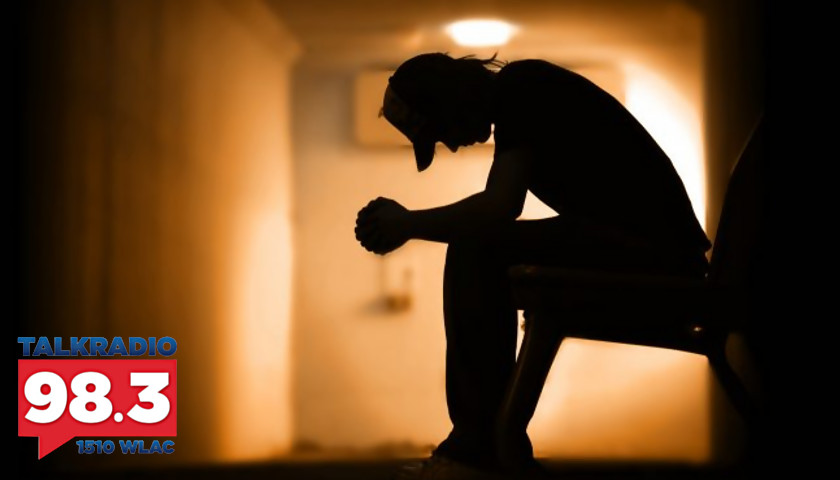 Live from Music Row, Wednesday morning on The Tennessee Star Report with Michael Patrick Leahy – broadcast on Nashville’s Talk Radio 98.3 and 1510 WLAC weekdays from 5:00 a.m. to 8:00 a.m. – host Leahy welcomed the original all-star panelist Crom Carmichael to the studio for another edition of Crom’s Crommentary.

Michael, there were two articles in particular that I read since we were last together. One is called “Inside the Mind of an Addict.” And that is in The Wall Street Journal from July 4th, actually. And it talks about when a person is addicted.

But what they’re saying is that a person who is addicted, especially if they are addicted as a younger person, as a teenager, that can have profoundly negative implications for them for the rest of their lives.

And if you couple that with the continuing mandate that the Biden administration is imposing on our military to take the vaccine, you can kind of see a pattern. And it gets, really, to kind of your points you made about the federal government trying to usurp the rights of the states, the local communities, and even individuals.

And this article in particular talks about how if teenagers get addicted to pornography, how it changes their lives and makes it very difficult for them to relate in a positive way to other people.

And so when you take all of these things and put them together and you look at what happened in Chicago with this crazy person, it turns out … I’d read these and I was prepared to talk about this.

And then I watched Tucker Carlson last night, and he talks about how many of these mass murderers are on some kind of pharmaceutical.

I’m not talking about an illicit drug. I’m talking about an antidepressant that is supposed to make them a less violent person. And in fact, what Tucker points out is that if all these people who are committing, or if almost all these people who are committing these mass murders  are on some kind of pharmaceutical, that’s supposed to make them a calmer person, perhaps the pharmaceuticals themselves are a problem. And we ought to be looking into that because the recreational use of drugs is going up and our society is becoming more violent.

Pornography is more widespread, and it’s even being pushed into our schools. And that’s unhealthy. This is an area that I hope politicians look at more. I know that our governor and Republican Party here in Tennessee are concerned about this issue in our schools.

And that’s part of what we’re trying to do, to reform our schools so that we are more parent-centric and education-centric and less about indoctrination, and paying particular attention to these chemicals that are finding their way into our young people, to their detriment.

Listen to the Crommentary: