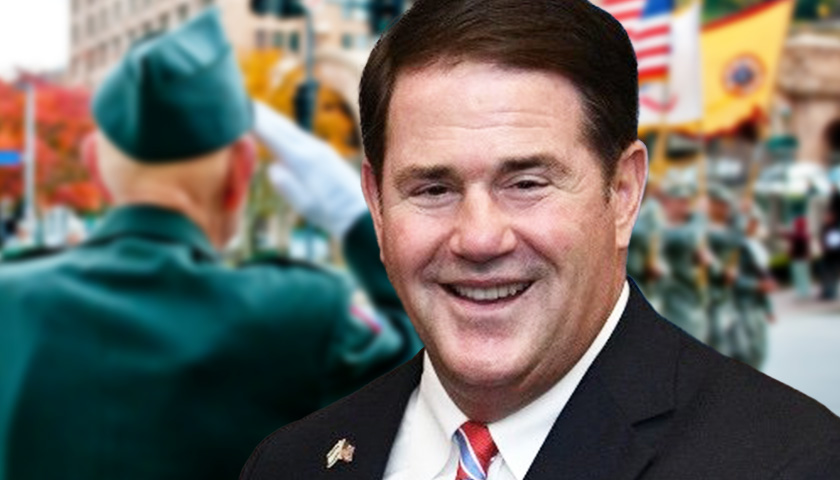 “Our veterans give us so much and Arizona is dedicated to finding more ways to honor them,” Ducey said in a press release. “This session, we delivered. We followed up on our State of the State promise to launch a program to waive in-state higher education tuition for the dedicated husbands and wives of veterans who have served and sacrificed as well. Arizona will continue to lower barriers and give back to this selfless and courageous community.”

HB 2741, sponsored by State Representative Joanne Osborne (R-Yuma), waives state business licensing fees for military spouses and veterans honorably discharged within two years of applying for the license. Anyone whose income does not exceed 200 percent of the federal poverty line may also get this fee waived.

Furthermore, each year on March 1st, the Department of Administration must send a report to Arizona officials, including the State Senate president, House Speaker, and governor’s office outlining the total number of waived fees and the purpose for waiving them.

Osborne responded to the bill becoming law, stating she is proud to support military families in Arizona.

“I was honored to sponsor H.B. 2741, which will have huge impacts for military families and veterans who have recently been discharged from the military,” Osborne said. “In Arizona, career opportunities are widely available, and we should ensure military spouses are able to continue their careers in Arizona by waiving their licensing fees.”

Arizona Department of Veterans’ Services Director and Retired Air Force Col. Wanda Wright said this bill is important for knocking down employment barriers for veterans and their families, creating a better path for their futures.

Moreover, HB 2701, sponsored by Majority Whip, State Rep. Leo Biasiucci (R-Flagstaff), gives a discount of 25 percent on hunting and fishing licenses from the Arizona Department of Game and Fish (ADGAF) to any resident veterans who receive compensation from the U.S. government for a service-related disability. Recipients of the Purple Heart can receive 50 percent off on an ADGAF license.

“It’s important that we continue to support those who have done so much to protect our nation: military veterans,” Biasiucci said in response to his bill becoming law. “H.B. 2701 does that by reducing the cost of hunting and fishing licenses for veterans in Arizona.”

These bills aimed at easing veteran costs come in tandem with the fiscal year 2023 budget, which provides further financial support for veterans.

According to a press release from the governor’s office, the budget provides $10 million to waive higher-education fees for veterans’ spouses and provides $2.4 million in aid for homeless veterans housing at Fort Whipple.

Neil Jones is a reporter for The Arizona Sun Times and The Star News Network. Follow Neil on Twitter. Email tips to [email protected].
Photo “Doug Ducey” by Governor Doug Ducey. Background Photo “A Veteran’s Salute” by The U.S. Army. CC BY 2.0.