Dem Governor Urges Biden to Use Military Bases for Abortions 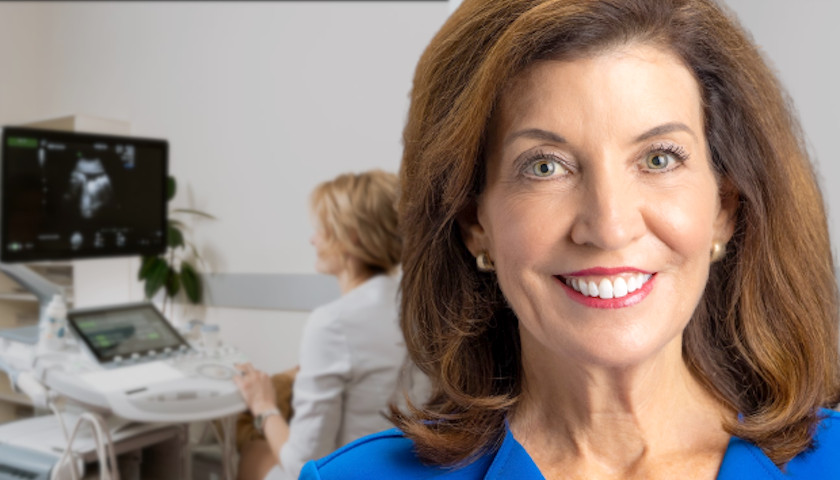 Since military bases are considered federal lands, Hochul argued in a virtual meeting with President Joe Biden that federal law would allow them to override state bans, according to ABC. Her suggestion heeds widespread outcries from  Democratic politicians about loss of women’s rights following the Supreme Court’s decision on June 24 overturning Roe V. Wade.

“Veterans hospitals, military bases and other places where the federal government controls the jurisdiction in some of the states that are hostile to women’s rights” could “make sure that those services can be available to other women” not publicly employed, Hochul said, according to ABC.

Democratic Massachusetts Sen. Elizabeth Warren stated that the U.S. government should plant abortion facilities on the outskirts of national parks on ABC’s “This Week with George Stephanopoulos” Sunday and in a Washington Post interview Monday.

Health and Human Services secretary Xavier Becerra said Tuesday that “every option is on the table” regarding abortion access, but the agency would “have a conversation with the president to make sure we implement his directives”

The White House, while agreeing with the Democratic leaders on the supposed need for comprehensive reproductive healthcare availability for all, said on Tuesday putting abortion centers on government-owned property could have “dangerous ramifications.”

I walked to the Supreme Court with @HouseDemocrats to denounce this horrifying decision on Roe v. Wade.

We cannot allow women to be held hostage by their geography. We must protect the right to choose NOW. pic.twitter.com/0WRtBTVpag

Currently, however, federal facilities, including military bases, can only perform abortions in the case of rape, incest or where the life of the mother is in danger due to the Hyde Amendment, which prevents taxpayer dollars from funding elective abortions.

The House Appropriations Committee approved amendments to the fiscal year 2023 funding bill Thursday that would repeal the Hyde Amendment, allowing federal medical centers to perform abortions to the degree Congress decides, according to a press release.

“The bill eliminates the Hyde and Weldon amendments, a long-standing discriminatory policy that denied low-income women their legal right to an abortion,” the bill summary stated.

Hochul’s office and the House Appropriations Subcommittee on Labor, Health and Human Services, Education and Related Agencies did not respond to The Daily Caller News Foundation’s request for comment.