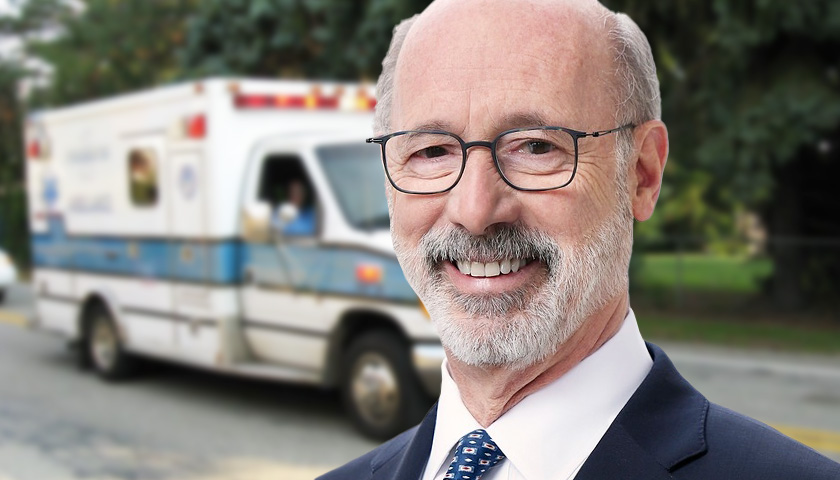 Pending the signature of Gov. Tom Wolf, Pennsylvania will be the 22nd state to join an EMS compact making it easier for emergency workers to practice across state lines.

The agreement standardizes privilege to practice rules, validates licenses in a national registry, and grants emergency medical workers the ability to work across state lines on a short-term basis. By aligning rules and standards, Pennsylvania poses fewer barriers to out-of-state workers who may relocate to the commonwealth.

The legislation, Senate Bill 861, has been signed by both chambers of the General Assembly and was presented to Wolf on Wednesday.

“Simply put, the EMS Compact facilitates the day-to-day movement of EMS personnel across state boundaries in the performance of their duties as assigned by an appropriate authority without jeopardizing public safety,” Sen. Pat Stefano, R-Connellsville, wrote in a legislative memo.

Attracting more EMS workers is an explicit goal of the legislation.

“​​Pennsylvania is having an exceedingly difficult time in recruiting and retaining licensed EMS providers,” Stefano noted. “The EMS Compact would help address this issue by making Pennsylvania more attractive to out-of-state EMS personnel – help with staffing during emergencies – as well as making it easier for Pennsylvania residents to practice out-of-state.”

The compact also makes it easier to verify whether a worker has a suspended license if they come from a compact state.

Of states bordering Pennsylvania, only West Virginia and Delaware have joined the compact; most of the partner states are in the Midwest, Mountain West, and the South. South Dakota and Louisiana were the latest states to expand it, joining during the pandemic.

Emergency medical services across the commonwealth have had issues with staffing and funding, as The Center Square previously reported. In February, Wolf approved $25 million for EMS support, and the General Assembly has also proposed bills to give ambulance crews more flexibility in staffing requirements and empower small townships to levy higher ambulance taxes. More EMS companies can also participate in the Emergency Services Loan Assistance Program, previously limited to volunteer companies.

Industry advocates have pushed for higher reimbursement rates from Medicaid to help cover the costs of services. A 2018 legislative report warned that “a public safety crisis is unfolding” as the commonwealth has lost EMS volunteers to help operate emergency response.

Anthony Hennen is a reporter for The Center Square. Previously, he worked for Philadelphia Weekly and the James G. Martin Center for Academic Renewal. He is managing editor of Expatalachians, a journalism project focused on the Appalachian region.
Photo “Tom Wolf” by Governor Tom Wolf. Background Photo “Priority One EMS” by Nbfinest1. CC BY-SA 3.0.