How Different States Are Handling Their Unvaxxed National Guardsmen 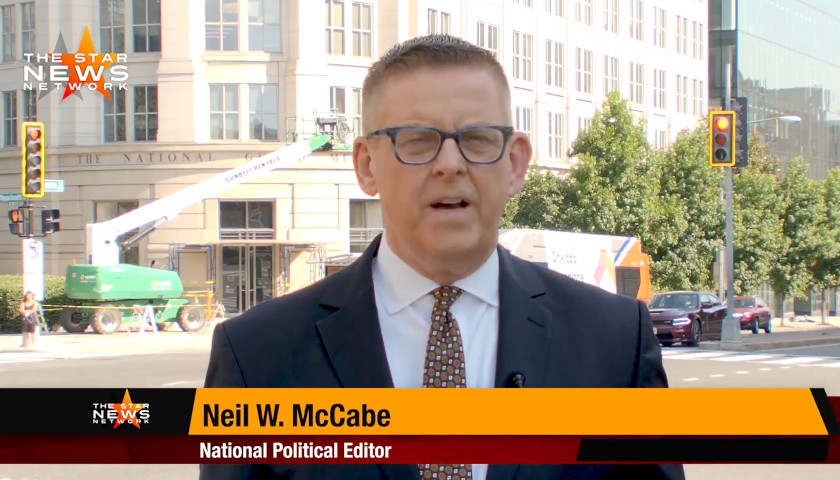 McCabe: The Star News Network investigated how the different states are handling the more than 400,000 National Guardsmen across the country, roughly 10% of the force who remain unvaccinated.

Big army is already in the process of separating reserve soldiers who did not meet the COVID-19 vaccine mandate for National Guards in the different states. Each is responsible for chaptering out its own non-compliant guardsmen.

Some governors, like Tennessee’s Republican Bill Lee, have made symbolic gestures, such as approving, religious, and other vax exemptions for his guardsmen that have no effect on the actual mandate imposed by the Pentagon.

Already, Tennessee guardsmen are being processed for separation, a process that began months ago when guardsmen refusing to get the vaccine were sent letters like this one, ordering them to turn in their equipment and gear. In January, Ohio Republican governor Mike DeWine expressed his frustration with his own guardsmen.

So this is a high-risk operation. You need to be protected. The best way for you to be protected is to get the vaccination. So, look, we’re not happy with where we are. We’re going to continue to push that with our troops.

McCabe: Now the state’s army National Guard stands at 85 percent. A spokeswoman for the Ohio guard told The Star News Network,’ We are currently waiting for further policy and procedure guidance from the national Guard bureau about vaccination refusals.’

In Florida, Republican governor Ron DeSantis decided to revive the state guard for his guardsmen chaptered out over the COVID-19 vaccine mandate.

McCabe: No governor has been more adamant in support of his guardsmen than Oklahoma Republican governor Kevin Stitt, who ordered his guard not to convene separation boards and to make state guard duty available to his guardsmen now prevented from participating in regular drills. Reporting for The Star News Network, Neil W. McCabe, Washington.