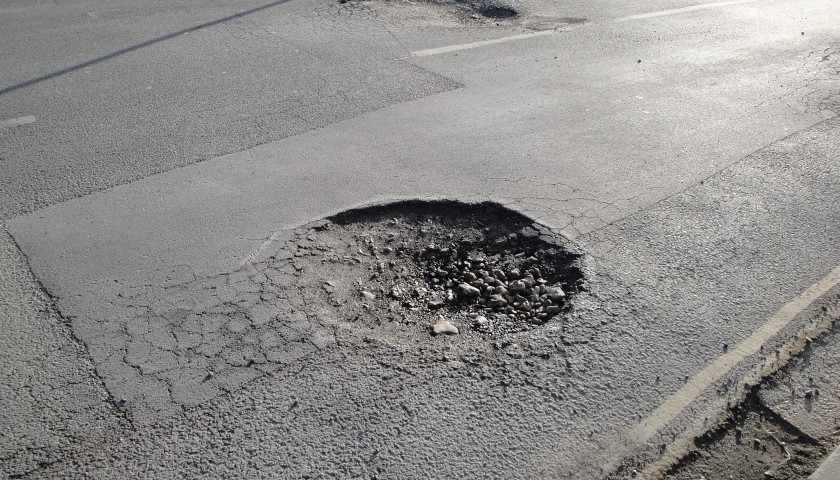 Chattanooga’s Department of Public Works has inspected more than 95 percent of all streets and filled in 90 percent of all potholes, according to a report delivered to the Chattanooga City Council.

Along with filling potholes, Public Works has created work orders for issues that require more than a patch, such as utility trench settlement, base failure, lack of base, and slope failure, according to the report.

“Transportation is critical to getting to work, going to school, and engaging with our outdoor assets, which is why we’ve placed a healthy emphasis on addressing our city’s aging infrastructure,” Mayor Tim Kelly said in a statement. “After all, if residents can’t trust their local government to take care of potholes, then why would they trust it to address housing, gun violence and job creation?”

To continue to repair existing and future potholes, the city has added a third pothole repair crew and two more pothole inspectors in the upcoming budget, and is adding three utility inspectors to ensure that street cuts by local utilities are properly repaired, according to a press release by the mayor’s office. The city is also requiring local utilities to implement full-lane road patches to begin eliminating the quilt of spot patches that often lead to bumpy, uneven surfaces.

The city does not repair state roads, private streets, alleys, or parking lots.

Mayor Kelly’s ‘One Chattanooga’ plan is composed of the following seven main goals with 40 key priorities:

Kaitlin Housler is a reporter at The Tennessee Star and The Star News Network.
Photo “Pothole” by Editor5807. CC BY 3.0.