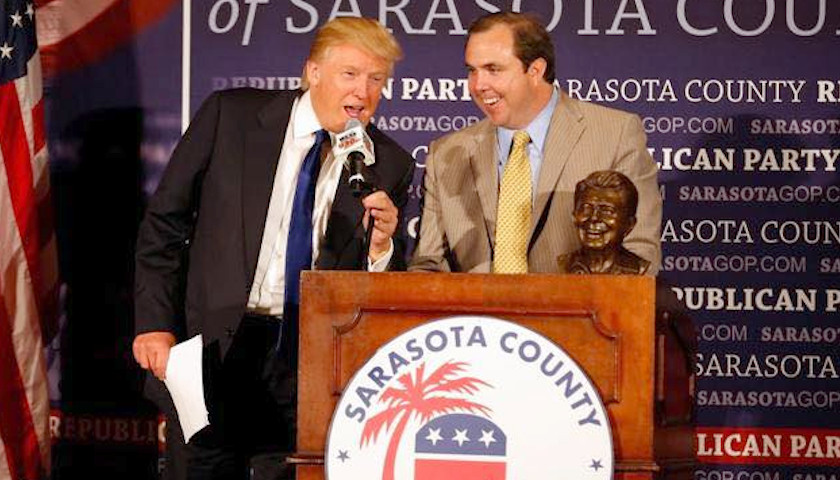 “Joe Gruters is delivering tremendous results for the incredible people of Florida! A proud fourth-generation Sarasotan and small business owner, Joe is fighting hard to Grow Florida’s Economy, Create Great Jobs, Lower Taxes, Slash Regulations, and Ensure Free, Fair, and Honest Elections,” the former president released in a statement. “Joe did a wonderful job as Florida State Chair of my 2016 Campaign — he is a MAGA Champion. Joe Gruters has my Complete and Total Endorsement for Florida’s State Senate District 23!”

Gruters responded to Trump’s endorsement saying in a statement, “As an early supporter and believer in President Trump, I am excited and proud to have his endorsement for re-election! As a 4th generation Sarasotan, serving our area in the State Senate has been an incredible honor and I look forward to continuing to work for you!”

Gruters is currently serving a second term as the chairman of the Republican Party of Florida as well as being the state senator for District 23. After being elected to a second term as chairman of the Republican Party, Gruters stated at the time, “I look forward to working alongside the best Governor in the nation in Governor Ron DeSantis to ensure his re-election and successful mid-term elections. We are more united in Florida than ever.”

Kaitlin Housler is a reporter at The Florida Capital Star and The Star News Network.
Photo “Donald Trump and Joe Gruters” by Joe Gruters.