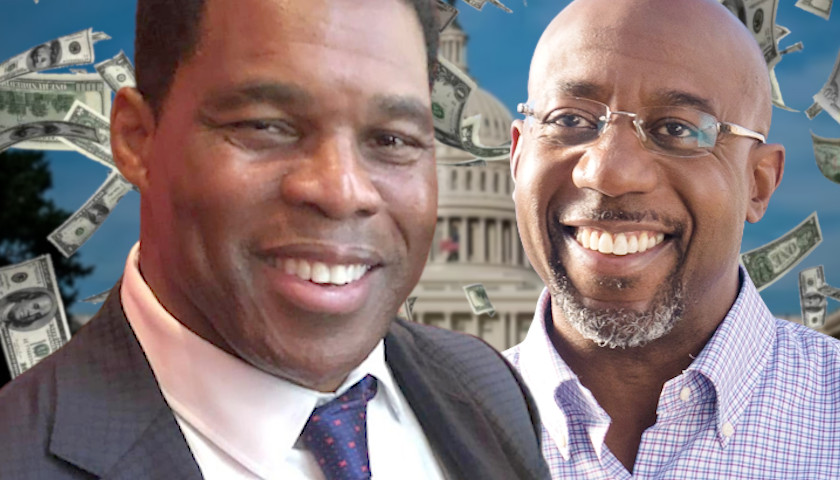 New financial data from AdImpact details that the Georgia U.S. Senate race between Senator Raphael Warnock and Republican Herschel Walker is set to become one of the most expensive in the country.

According to the media tracking company, Warnock has already reserved millions in TV ads leading up to the November midterm elections.

“18 of the top 20 are Dem candidates. Only 3.3% of spending reservations among the top 20 are for GOP campaigns. #GASen incumbent Raphael Warnock currently leads at $22.2M placed,” the group detailed.

Check out the top 20 campaigns by fall airtime reservation spending! 18 of the top 20 are Dem candidates. Only 3.3% of spending reservations among the top 20 are for GOP campaigns. #GASen incumbent Raphael Warnock currently leads at $22.2M placed. pic.twitter.com/e3MnirTUTz

Based on the information, Warnock has reserved more than $22 million in TV buys, approximately double the closest campaign. For example, Arizona Senator Mark Kelly’s campaign is ranked second, but has only reserved $11.9 million.

The wide spending gap does not take into consideration any spending from Walker’s campaign, as he did not rank in the top 20, nor spending from outside groups.

The incumbent has a large advantage in fundraising capabilities. According to financial disclosures filed with the Federal Election Commission (FEC), Warnock has hauled in more than $73 million with roughly $23 million cash-on-hand, as of the beginning of May. For Walker, the Republican has brought in more than $16 million with $7 million cash-on-hand.

Those fundraising numbers will increase when campaigns are required to file new disclosures in the coming weeks.

Despite the advantage, Warnock will likely be required to overcome his connection to President Joe Biden. Biden’s approval numbers in the state have plummeted. According to a new poll, 60 percent of voters disapprove of Biden, compared to only 33 percent expressing support.

“This race will provide Georgians with a clear choice: a senator who votes in lockstep with President Biden or a conservative leader who will fight for America. We will have the resources to make that case and plan to do so through November,” said Scott Paradise, Campaign Manager for Team Herschel, after one fundraising haul.